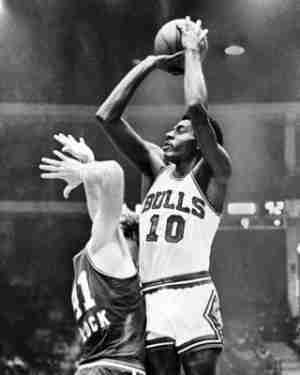 “Butterbean” Bob Love has one of the coolest names ever and for sure one of the coolest nicknames.  Oh and did we mention that he was a pretty good forward too?  Teaming with Chet Walker for the Bulls in the 70s, this forward combo may have been one of the best ever.  Love was a great scorer who could really get to the hoop; and if you played under Dick Motta as he did, then of course you played defense.  Love’s career is a story of perseverance.  Coming from tiny Southern University he was cut from the NBA on his first try and went down to the Eastern League to gain experience.  It took being drafted in an expansion draft by the Bulls and Motta’s confidence in him before he would become a star.  He averaged 17.6 points a game in his career and was a three time All-Star and twice made all league second team.  His chances of getting in rely on Walker and the rest of his Bulls teammates getting recognition.  If Chet Walker gets in, it might open the door to this superb forward getting some attention.