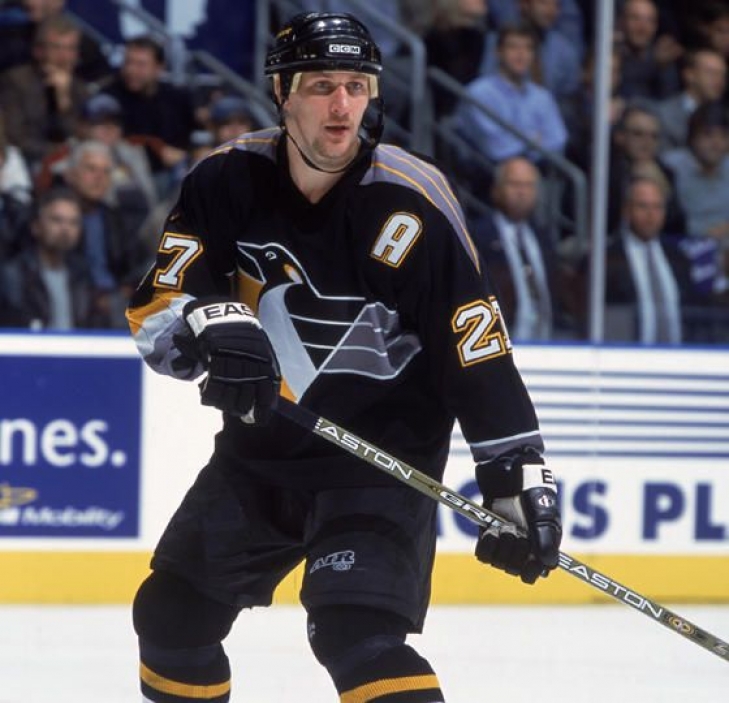 Alex Kovalev played 365 with the Pittsburgh Penguins, and he would first arrive when he was traded from the New York Rangers in November of 1998.  The Russian Right Winger would score 95 Points in 2000-01, which would be a career-high.  Kovalev followed that with a 76 Point campaign and then would have 64 Points in 54 Games before he was traded back to the Rangers. 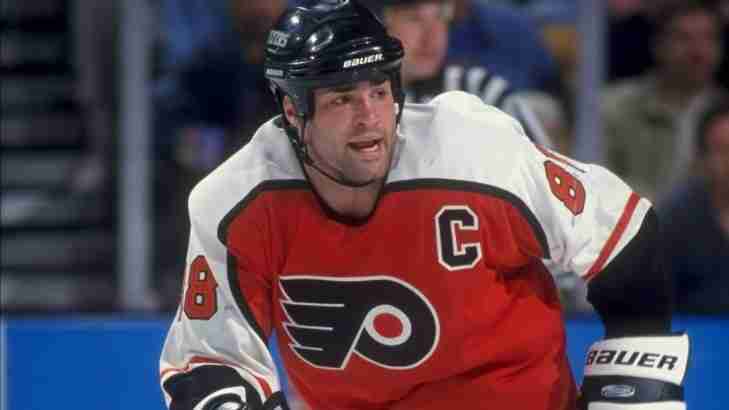 We here at Notinhalloffame.com have another major update that we are excited to present to all of you.

Recently, the Hockey Hall of Fame announced that Nicklas Lidstrom, Sergei Fedorov, Chris Pronger and Phil Housley would be the Class of 2015.  Once a Hall of Fame Class is announced, our next task is obvious….work on the next list!

Let’s take a look at the new Notinhalloffame.com top ten and the new entries, shall we?

For the first time ever, former NHL Hart Trophy winner, Eric Lindros ascends to the top of the list.  Lindros rocketed from the #7 spot and in our opinion is in the best spot of his career to potentially make the Hockey Hall of Fame.

Don Cherry, the enigmatic coach of “Coach’s Corner” remains at number 2.  Cherry, a former Jack Adams Trophy winner might be the most known personality on the hockey list.

Coming in at #3 is Sergei Makarov, a Soviet born player who was in the NHL at the tail end of his career.  Makarov moved up three spots from last year.

At #4 is Paul Kariya, a former Anaheim Duck who moved up from number six.  Kariya is a former seven time NHL All Star.

The number #5 spot belongs to Mark Recchi who also moved up three spots.

Number #6 on the Notinhalloffame.com countdown belongs to Thereon Fleury who also moved up a few spots.

The #7 spot belongs to Alexander Mogilny, who moved up from the #11 spot.

The number #8 spot on this years’ countdown belongs to Dave Andreychuck, who holds the record for the most power play goals in the game.

The #9 slot belongs to Bernie Nicholls, who is having his best offensive numbers for the list and the highest ranking ever of his career.

Rounding out the top ten of the 2016 list is Jeremy Roenick who moved to the elite top ten.

The highest debut this year belongs to Alex Kovalev, who makes his Notinhalloffame.com hockey debut at #33.  The Russian is a former Second Team All Star.

Kovalev is joined by Roman Hamrlik (#85) and Miroslav Satan (#91) also make their first appearance on the list.

There is a new debut on our list, but not of a first year eligible player as the late defenceman, Carol Vadnais, takes the #100 spot.

With no surefire first year inductees eligible for the Hall, could this propel the Hockey Hall of Fame to induct men like Lindros, who many feel have been passed over for a few years.

If it is going to happen, 2016 seems like a wide open window to us!

So with this major update set up here at Notinhalloffame.com, you know what we want you to do right?

We encourage all of you to take a look and cast your votes and make your voices be heard.  If you have not voted on anything previously, we ask you to tell us your thoughts! 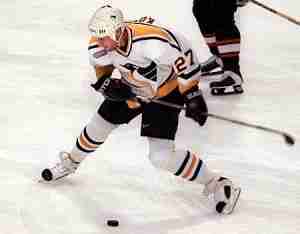 With the distinction the first ever Russian born player to be drafted in the first round by a team in the National Hockey League, Alexei Kovalev did not disappoint. Kovalev would score over 1,000 Points in the NHL and is a winner of the Stanley Cup and a Gold Medal as a member of the 1992 Unified Team. The crafty forward was a three-time All-Star and would earn Second Team All-Star honors once in his career.