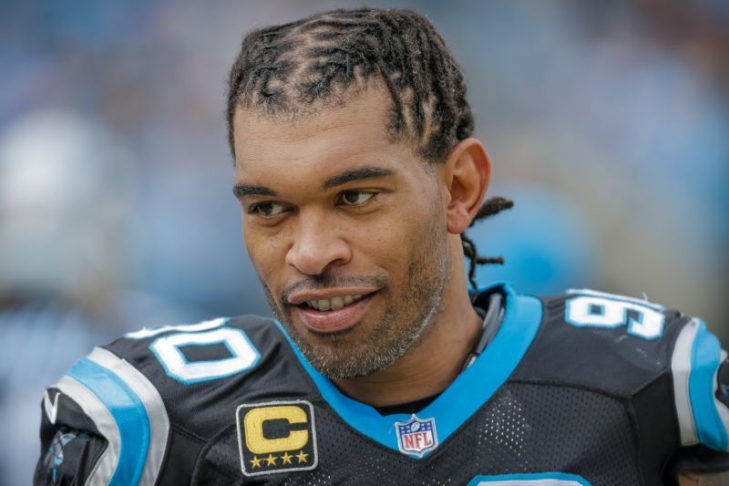 As we eagerly await tomorrow’s announcement of who will be chosen for the Pro Football Hall of Fame we have a possible first ballot Hall of Famer in Julius Peppers, Defensive End from Carolina who announced his retirement today.

A star at the University of North Carolina, Peppers was a unanimous All-American and was the Chuck Bednarik and Lombardi Award winner in 2001. Drafted second overall by the Panthers in 2002, Peppers wasted no time establishing himself as one of the premier stars of the game.  He would win the Defensive Rookie of the Year with a 12 Sack season and in 2004 he would go to his first of what would be nine Pro Bowl selections, and in that year, he was also named a First Team All Pro.  Peppers remained a sacking machine where he would be named a First Team All Pro again in 2006 and in his first eight seasons in Carolina he had double digit sack tallies in six of those campaigns,

Peppers would sign with the Chicago Bears where he would play for four seasons.  The Defensive End was named a First Team All Pro in his first year there (2010) with three of his seasons earning him Pro Bowl accolades.  He would play his final five seasons in Green Bay and a final run back home with the Carolina Panthers.

Julius Peppers retires with 266 Games Played and 159.5 Quarterback Sacks.  He will be eligible for the Hall of Fame in 2024.

We here at Notinhalloffame.com would like to thank Julius Peppers for is wonderful career and we wish him the best in his post-playing endeavors.