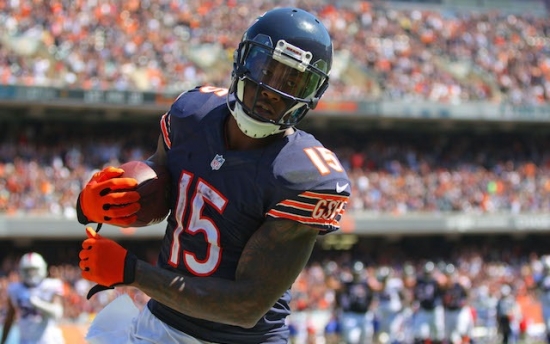 Brandon Marshall was a really good Wide Receiver, but was he a Hall of Fame wide out?

Marshall was a Fourth Round Pick from Central Florida in the 2006 Draft by the Denver Broncos, and he was a starter the next season, where he put up three straight 1,100 Yard seasons, two of which earning a Pro Bowl. Marshall was dealt to the Miami Dolphins in 2010, playing there for two seasons, extending his streak of four-digit Yardage seasons, and obtaining a third Pro Bowl.  This was good, but his best was yet to come.

Joining the Chicago Bears in 2012; and had his first (and only) First Team All-Pro year when he set a personal best 1,508 Yards.  Marshall had another 1,295 Yards, and was a Pro Bowler again.  After an average third year in Chicago, Marshall joined the New York Jets, and went for 1,502 Yards and led the NFL with 14 Receiving Touchdowns.

Marshall has one more good year with the Jets, but his skill eroded, and he bounced to the New York Giants in 2018 and the Seattle Seahawks in 2019.  He retired with healthy numbers of 970 Receptions, 12,351 Yards, and 83 Touchdowns.

Should Brandon Marshall be in the Hall of Fame?