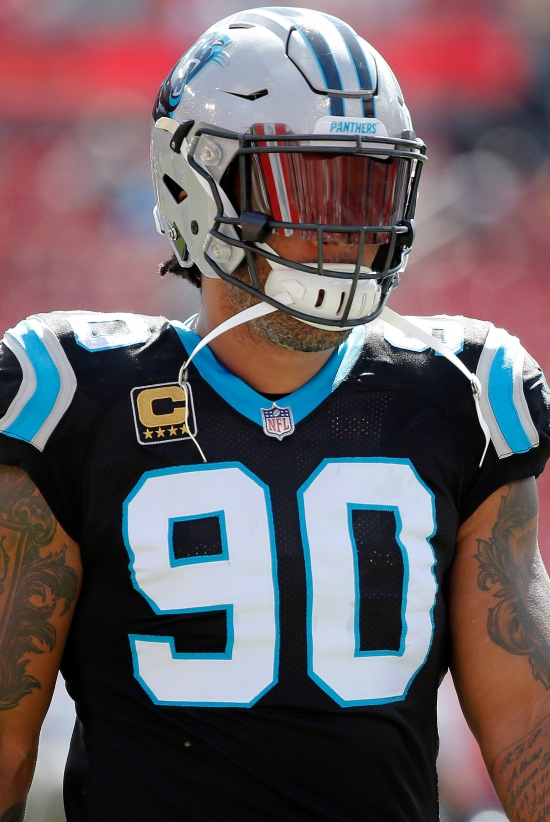 Julius Peppers was meant to be in a Carolina Panthers uniform.  Born in North Carolina and playing for UNC it was fitting that the 2001 Chuck Bednarik and Lombardi Award winner would be drafted by Carolina, which they did with the 2nd overall pick.  The Defensive End would be named the Defensive Rookie of the Year, and he would build on that with five Pro Bowl selections as a Panther (2004, 2005, 2006, 2008 & 2009) and a pair of First Team All-Pro Selections (2004 & 2006).  Peppers would become the Defensive Captain in 2007, which he would follow up with a career-high 14.5 Quarterback Sacks in 2008.  He would have seven double-digit seasons in Sacks, and in 2004 he would lead the NFL in Tackles for Loss.  He would sign with the Chicago Bears and played there for four years and then another three with the Green Bay Packers.

Peppers would come back the Panthers for the last two seasons of his career, and when it was all said and done, he would tabulate 97.0 Quarterback Sacks for the organization.