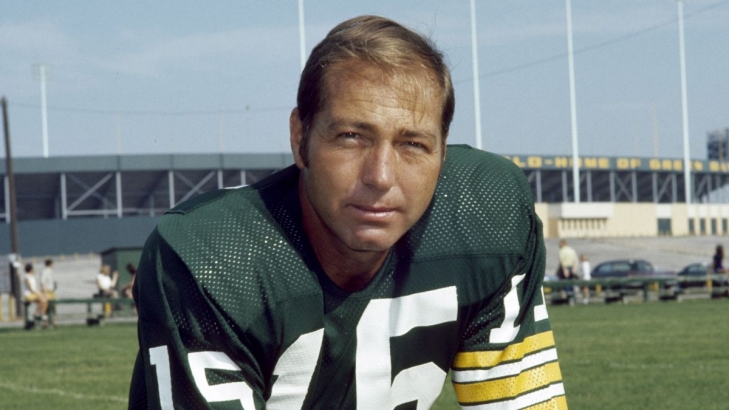 It is a very sad day for Pro Football and the Green Bay Packers as it was announced that Hall of Fame Quarterback, Bart Starr, died at the age of 85.

The 17thRound Pick for Green Bay in 1956 from Alabama, Starr was a backup to Tobin Rote and Babe Parilli until new Head Coach, Vince Lombardi made him the starting QB in 1959.  The Lombardi/Starr combination would win five NFL Championships and the first two Super Bowls.  Starr spent his entire career with Green Bay where he was a four-time Pro Bowl Selection, one-time First Team All-Pro and four-time leader in Pass Completion Percentage.  He would throw for 24,718 Yards and 152 Touchdowns.

After his playing career, Starr would become a coach and was at the helm for Green Bay from 1975 to 1983.

He would enter the Pro Football Hall of Fame in 1977, his first year of eligibility.

We here at Notinhalloffame.com would like to extend our condolences to the friends, family, and fans of Bart Starr at this time.