If you have been paying attention to the Basketball Hall of Fame (and a lot of NBA fans don’t) you have heard the trickling in of names to the Naismith Basketball Hall of Fame Class of 2014.  This is a common occurrence, as annually names are leaked ruining the element of surprise and circumventing the anticipation that the other major North American Sports Hall of Fames are able to achieve. 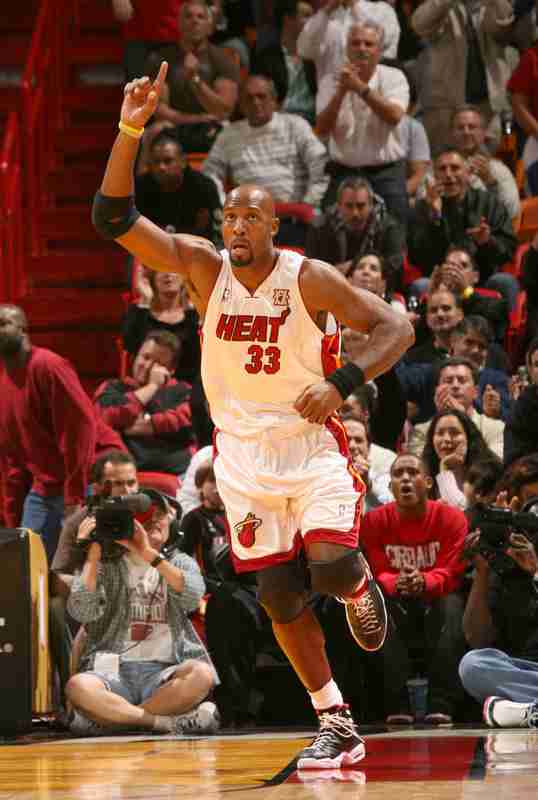 Today at Noon (ET), the Hall has made it official and announced the official class of 2014, and the leaks have turned out to be true.  We need to mention this, as last year Spencer Haywood was informed erroneously that he was chosen for the Hall, only to be told later that he wasn’t an inductee.  As such, we wanted to wait until the official Class came out before we wrote our piece.

The Naismith Basketball Hall of Fame does not just recognize accomplishments in the Professional ranks as it includes International and Collegiate achievements as well.

Announced today are the four members selected by the North American Committee:

The headliner in many eyes is Alonzo Mourning who enters the Hall of Fame on his first year of eligibility.  Mourning was a star at Georgetown earning First Team All-American honors and was named the Big East Player of the Year in 1992.  As a professional, Mourning was known for his all around game averaging 19.8 Points and 9.9 Rebounds over his career, which was complimented nicely with a 3.3 Blocks per Game average.  “Zo” was twice named the NBA Defensive Player of the Year and was a First Team All-NBA selection in 1999.  The Center’s career PER of 21.2 is more than Hall of Fame worthy and he was able to reach the NBA pinnacle winning a championship with the Miami Heat in 2006.  Miami granted Alonzo Mourning a huge accolade, when his number was retired, which was the first time for the franchise.  We had Mourning ranked #3 on our list.

The Naismith Hall of Fame also selected Mitch Richmond who was a consensus All-American at Kansas State.  The Shooting Guard was selected to six consecutive All Star Games and made the All-NBA Second Team three times and the All-NBA Third Team twice.  Richmond had a 20.1 Points per Game average and had his number retired by the Sacramento Kings.  In his final season (2002), he earned a championship ring with the Los Angeles Lakers.  We had Mitch Richmond ranked #9 on our list.

The North American Committee also selected two Coaches.  Nolan Richardson had a coaching career Winning Percentage of .711 and famously took the Arkansas Razorbacks to three Final Four Appearances and won the National Title in 1994.  The second Coach chosen was Gary Williams who helmed the University of Maryland for twenty-two seasons and won the National Title in 2002.  We don’t rank coaches on our list.

These four North American Selections are joined by the Women’s Selection, Immaculata University, who compiled a 60-2 record between 1972 and 1974.  They won the AIWA all three years.

There were already people chosen to the 2014 Class by the direct elect method.  This included:

The ABA Committee selected Bob Leonard, who was the Head Coach of the Indiana Pacers who won three ABA Titles and was in a total of five ABA Finals.

The Contributor Committee chose David Stern, who was arguably the best Commissioner in North American Sports over the past fifty years.  Nobody can say that the NBA is not substantially better off than it was since the day he took it over.

The Early African American Pioneers selected Nat “Sweetwater” Clifton who was one of the first black players signed by the NBA.  Clifton played sight seasons in the NBA, and had extensive previous experience with the Harlem Globetrotters.


The International Committee went with the first Soviet Union born player in the NBA.  Now from Lithuania, Saruna Marcuilionis, had a decent NBA career, but his work in resurrecting the Lithuanian Basketball program earned him this honor.

The Veteran’s Committee chose Guy Rodgers, who was an All American at Temple and part of two Final Fours (1956 & 1958).  Rodgers was a two time Assists Champion in the NBA.

Spencer Haywood, who we had at #2 on our list, was not chosen after making it as a Finalist for the second year in a row.  Our number #1 selection, Chris Webber, was not named as a Finalist, likely because of the sanctions incurred at Michigan when he took funding from a booster.

The Naismith Basketball Hall of Fame ceremony will take place on August 9, 2014.

The Houston Astros have not had a whole lot to celebrate in the past few years, but this past Saturday the franchise resigned to a one day contract, Lance Berkman and Roy Oswalt so that they could both retire as Astros.  Both Berkman and Oswalt were at their best playing for Houston, and it is fitting that they retired together as they debuted for the team two years apart.

Berkman’s tenure in Houston was from 1999 to 2010 where he represented the Astros in five All Star Games and finished third in MVP voting twice.  His keen eye earned him seven seasons with an On Base Percentage over four, and overall he had a .410 Percentage in that category as a Houston Astro.  Lance did not jest get on base, but he drove in a lot of runs too, as he had 1,090 RBIs, including winning the title in 2002 and had 326 Home Runs.  Berkman’s bWAR as a Houston Astro is a solid 48.0 and overall is a fringe candidate for the Baseball Hall of Fame (well, maybe a fringe candidate to get the five percent needed to stay on the ballot anyway.)

Pitcher, Roy Oswalt who spent 2001 to midway through the 2010 season, joins Berkman.  Oswalt did not win a Cy Young, but he was in the top five in voting five times in Houston and posted a 143 and 82 record with 1,593 Strikeouts.  His bWAR as an Astro was an excellent 45.5.

We are interested to see if they will retire the numbers of Berkman and Oswalt in the future.


As we like to do often here at Notinhalloffame.com, we like to keep you aware of what we are working on in the coming weeks.

This weekend the Naismith Basketball Hall of Fame will be announcing their 2014 Class and the WWE Hall of Fame will be inducting their 2014 Class.  As you can expect we will unveil new rankings for both the Basketball and WWE lists.  The WWE revisions are being worked on now, and we hope to have them up by the end of April.  The Basketball revisions will be worked on shortly after and should be up by the middle of May.

We are also in the early stages of looking at each major North American Franchise and ranking them on how they honor the players who have passed through their door.  Basically, retired numbers, rings of honor and their own respective Halls of Fame.

If you have other ideas or would ever like to contribute lease contact us at This email address is being protected from spambots. You need JavaScript enabled to view it..
We thank you as always!

Let’s forget about the drama with KISS and the Rock and Roll Hall of Fame for a while shall we?  The Induction ceremony will take place at the Barclay’s Center in Brooklyn, New York, on April 10, and the line-up of events has been announced:

Peter Gabriel will be performing during his tribute.

Questlove of the Roots will induct Hall & Oates.

Hall & Oates will be performing during their tribute.

Touring musician, Tom Marello will induct KISS, who will not be performing due to a dispute as to which members should be inducted.

Former Michael Stipe, the former front man of R.E.M, will induct the band.

Linda Ronstadt is no longer able to sing.  Bonnie Raitt, Stevie Nicks, Carrie Underwood, Emmylou Harris and Sheryl Crow will perform in tribute to her.

It has not been announced who will induct Stevens, but he will be performing at the ceremony.

Bruce Springsteen (who else) will induct the E. Street Band, and will perform with them.

It was not mentioned who would be inducting the two non-performers, Brian Epstein and Andrew Loog Oldham.

We look forward to the ceremony and will be watching intensely…which of course is what we do here!