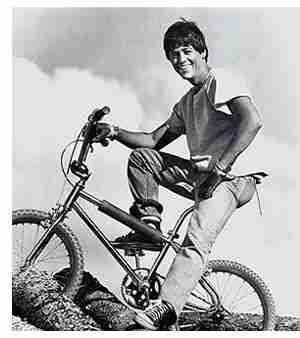 Odds are that if you are a fan of BMX racing you may have enjoyed Rad, which is far as we know is the only decent sized budgeted film of this genre. If you have no interest in the sport, than sitting through this horribly acted tire fire of a film was akin to a perpetual migraine.

The film’s hero, Cru Jones, chooses to compete in…..oh we don’t have to do a film synopsis here do we? We’ll say this though; is there anyone less supportive to fictitious athletes then Talia Shire, who played the disapproving mom here? It can’t be possible.

Why you should vote for him:
We suppose because this is your only chance to vote for someone from the world of BMX.

Why you should not vote for him:
This film was terrible.