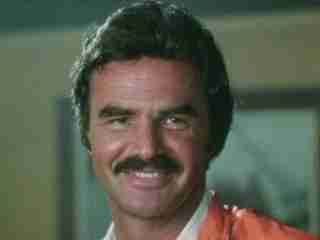 J.J. McClure was not necessarily the best driver in the Cannonball Run, but wasn’t he the coolest? He got the ladies (in her prime Farrah Fawcett), befriended the geek (Dom DeLuise) and was the focal hero of the motley crew of racers from Connecticut to California; AKA, the Cannonball Run. As much as the Burt Reynolds of 1981 was fairly close to being as big an icon of cool as there was, we have one pivotal question for J.J. McClure:

Since the race was based on time cards, and they appeared to be the last vehicle to leave Connecticut, did Captain Chaos not have time to save the dog, and still punch the clock ahead of the well-endowed Adrianne Barbeau? So, had he not yelled at Chaos, and instead just grabbed the card, couldn’t he still have won? Wait a minute; did we just dissect the Cannonball Run?

Why you should vote for him:
It’s Burt Reynolds for god’s sake! There should almost be “Bandit” residue coming here.

Why you should not vote for him:
He was not even the best driver on his team.