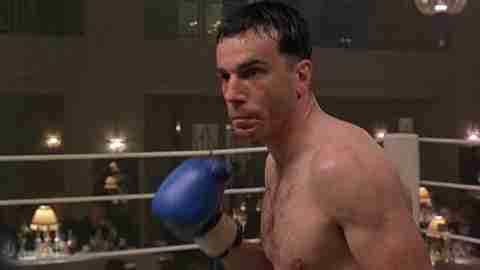 When Daniel Day-Lewis heads the marquee, you know you are in for a spectacle of great acting. Despite the name of the movie (The Boxer), the film really is not about triumph in the ring, though Day-Lewis took method acting far, and looked about as convincing as a boxer as any actor who ever donned the gloves. We will say that if acting skills is a part of your voting decision, we would not be surprised to see Danny Flynn enter our Hall.

Why you should vote for him:
Very few looked the part of the athlete; and dazzled us with their acting while doing it.

Why you should not vote for him:
Despite the name of the movie, boxing is really secondary here.