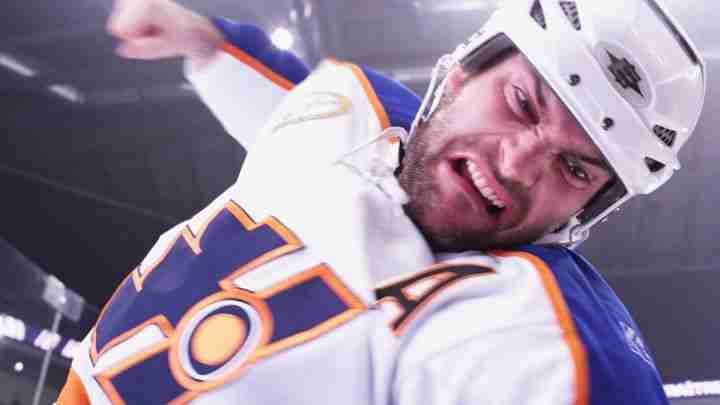 The 2011 hockey film, Goon, may never be thought historically as the 1977 sports classic, Slap Shot, but with a name like “Goon”, nobody could say that the movie did not deliver on its promise.

Sean William Scott (AKA: Steve Stiffler from the American Pie Movies) played Doug Glatt, a monosyllabic bar bouncer with fists of steel and brains of mush. Through a series of events, his pugilistic skills brought him to minor hockey in Canada, where like any hockey player he can fight, became popular with the fans. As a pure hockey film, it wasn’t the best representation of the sport, but it was entertaining, which is all you ask for in a film like this; that and Stiffler beating up a bunch of Canadian hockey players.

Why you should vote for him:
He was an asskicker in the movie, and that was you wanted to see.

Why you should not vote for him:
It isn’t exactly the best representation of Minor Hockey.