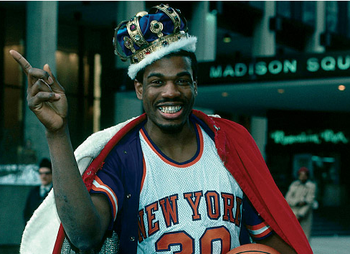 Bernard King played a character named, “Hustler”, which was exactly what he was. As (we thought) the star player for Gabe Kaplan’s Cadwallader University squad, Hustler was to us the man granted some of the best lines in the film, and with his basketball pedigree (and the fact that he looked good here as an actor), we will go out on our limb and say this is our primary nominee for the 1970’s Basketball film you should have seen. Too bad, you probably did not!

Why you should vote for him:
His acting was good, and King was at the height of his NBA career.

Why you should not vote for him:
For reasons unknown to us, this film is not even the cult classic it should be.