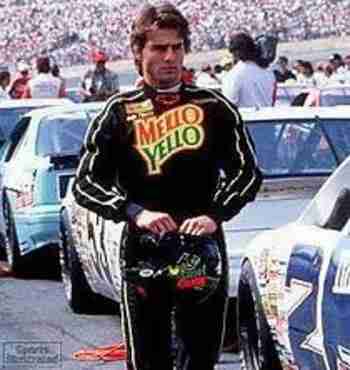 For a ten year period after Top Gun, Tom Cruise could appear in anything and it would have been a megahit. It didn’t matter, whether it was good or not, in these pre Scientology couch jumping days he could gave shot a film where he just made pancakes and it would have went number one on its opening weekend. Needless to say, he made a lot of crap that had a big audience; whether it made sense or not. This is the case with his role as Cole Trickle, NASCAR driver.

Without going into detail on the plot, Trickle was a wizard on the oval, though he couldn’t explain why. Basically, we were treated to a scene where Trickle explained that he knew how to drive; without really understanding the components of a car. This has to be the first NASCAR driver in history who did not understand what a spark plug was.

Why you should vote for him:
Well, this movie was marginally better than Cocktail.

Why you should not vote for him:
Actually, no it wasn’t better than Cocktail.