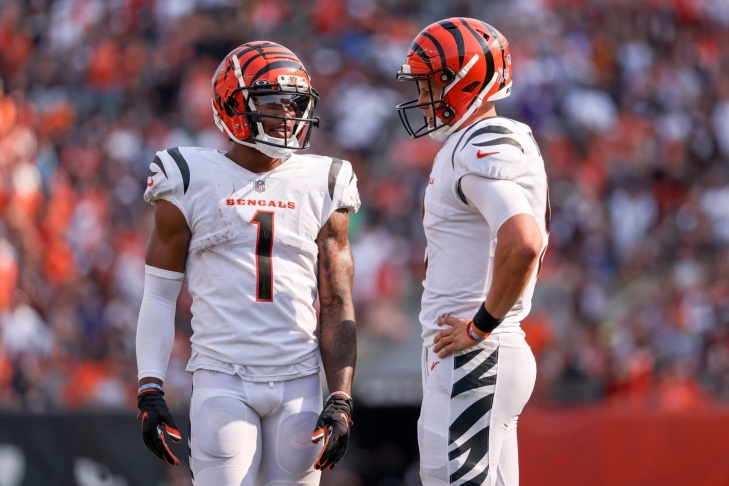 The Cincinnati Bengals will complete the most remarkable turnaround in NFL history when they compete in Super Bowl LVI on February 13.

At the SoFi Stadium in Inglewood, California, the Bengals take on the Los Angeles Rams inside their opponents’ home venue aiming to win their first Super Bowl at the third attempt.

To get a sense of how unlikely their play-off run has been, the Bengals were quite low in Bovada NFL odds to reach the Super Bowl in pre-season. Those odds were issued following a 2020 season in which Cincinnati won just four games, and after a 2019 when they delivered an NFL-worst two wins.

So, how did one of the worst franchises in the NFL transform itself in record time to now being one win away from lifting the Vince Lombardi Trophy?

There is no need to overcomplicate the biggest reason for Cincinnati’s turnaround. The 2019 season may have entered the Bengals into the NFL Hall of Shame, but it did guarantee the franchise the first draft pick in 2020.

The Miami Dolphins wanted Joe Burrow so badly that they were willing to give up multiple first round picks in exchange, but the Bengals never wavered and every Cincinnati fan will be delighted they didn’t.

Burrow has had an enormously transformative impact on the Bengals. The 25-year-old has been immense in leading the Bengals offense this season, both throughout the regular season and more so in the playoffs.

His brilliance has been even more impressive given the deficiencies of the offensive line which is meant to protect him: Burrow is the 55th QB in NFL history to be sacked more than 50 times in one season – but is the first to lead his team to the Super Bowl.

Off the field, Burrow has been just as influential. His swagger and confidence have permeated throughout the Bengals franchise and the wider football community in Cincinnati to the point where the collective mentality has completely shifted.

Once again, a lot will rest on Burrow’s shoulders to deliver the Super Bowl. Not that he will be fazed one bit.

It’s incredible to think back now to how much criticism the Bengals received for drafting Ja’Marr Chase with the No 5 pick, when all logic pointed to the franchise needing an offensive lineman. As it turned out, reuniting Chase with his LSU teammate Burrow has proved a masterstroke.

The 21-year-old wide receiver has scored 13 touchdowns and caught 81 passes for 1,455 yards in his debut season, and the synergy he has with Burrow has been key in elevating Cincinnati’s offense to the level that has guided the team to the Super Bowl.

Chase’s 266-yard performance against the Kansas City Chiefs – which comprised three touchdowns and 11 catches – was one of the all-time great rookie performances by a receiver, and he has more postseason receiving yards than any rookie in NFL history.

Cincinnati’s offensive line may still be the team’s weak spot but no one is doubting the decision to recruit Chase now.

While much has been made of the offensive line’s shortcomings, the same accusations cannot be directed at the defensive line.

The signing of Trey Hendrickson as a free agent has proved a shrewd move by the Bengals and the 27-year-old defensive end has delivered with 14 sacks this season – the fifth most in the NFL.

The arrivals of B.J Hill and Larry Ogunjobi – the former from the Giants, the latter after being released by the Browns – further enhanced Cincinnati’s defensive ranks and both players have made big plays during the playoffs.

Also added to the Bengals’ defensive roster this year were Mike Hilton, Chidobe Awuzie, Tre Flowers, Vernon Hargreaves III, and Eli Apple. On the surface, it may seem like an odd mix of talent, but defensive coordinator Lou Anarumo has done an excellent job in turning the Cincinnati defense into a cohesive unit.

The kicker is often the most overlooked player on the roster but is regularly thrust into the spotlight at clutch moments to decide the final moments of a game. That has certainly been the case for Cincinnati this season, so thankfully the Bengals can call upon Evan McPherson.

The 22-year-old fifth round draft pick from Florida converted 84.8 percent of his field goal attempts in the regular season, but he has been flawless in the playoffs with 12 from 12, including three successful attempts from more than 50 yards.

While Burrow, Chase, and the defense have been instrumental in guiding the Bengals to the Super Bowl, the team wouldn’t be there were it not for McPherson’s accuracy and calmness under pressure in the walk-off wins over the Kansas City Chiefs and the Tennessee Titans.

Will the Bengals go all the way in next Sunday’s game and make history overcoming all the odds? It’s unsure, but nonetheless it does not delete an incredible season they had.