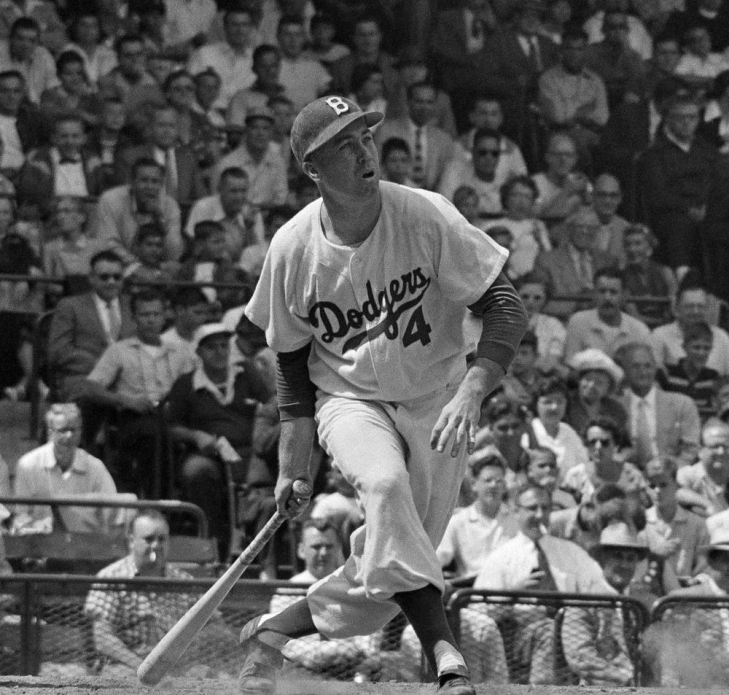 The Brooklyn Dodgers put together a potent lineup in the 1950s that would feature a collection of future Hall of Famers and legends.  If we hold that true, then let’s remember that the man who batted third in this lineup for years was Duke Snider, the power man of a power team.

Snider came up through the ranks with fellow legend Jackie Robinson, and though he fell behind Robinson in fame overall, his performance as a Dodger arguably eclipsed his teammate.  Becoming a starting Outfielder in 1949, "The Duke of Flatbush" might have succumbed to a high share of Strikeouts, but he positioned himself as one of the top power hitters in the 1950s.

A perennial All-Star from 1950 to 1956, Snider had a rough start to that streak, as he was routinely criticized in the last half of the 1951 Season when he slumped the Dodgers blew a 13 Game lead to the Giants.  He overcame the lousy press to blast 40 Home Runs in four straight years (1953-56), winning the Home Run Title in '56 (43) while also leading Brooklyn to a World Series win.  Throughout this 1950-56 run, Snider also captured the 1955 RBI Title (136), won two Slugging Titles and two OPS Titles, and was in the top ten in MVP voting five times.

As the Dodgers moved west to Los Angeles, Snider's skills eroded, but he still helped them win the World Series as an elder statesman and dugout leader.  His contract was sold to the expansion New York Mets in 1963, reuniting him with his fanbase in New York City.