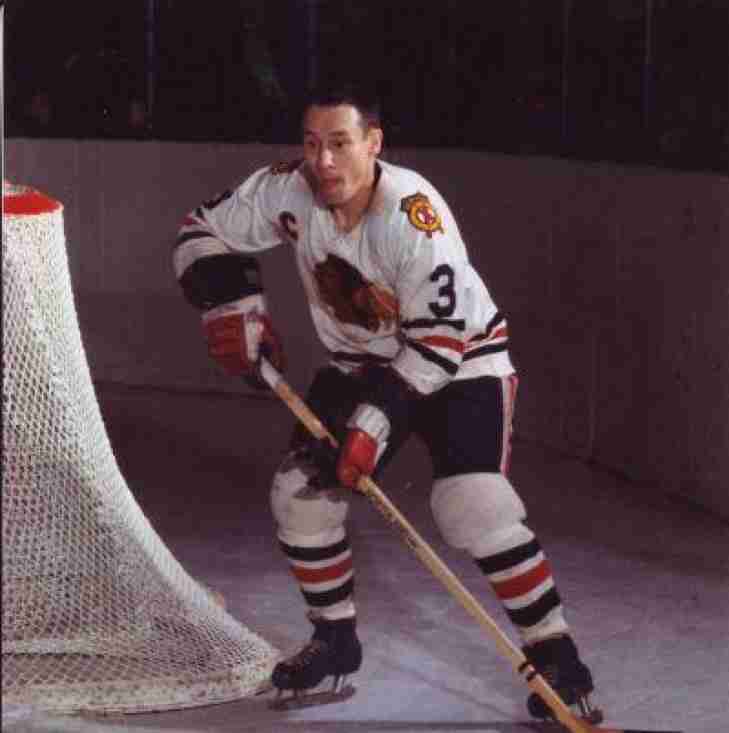 It was announced today that Hockey Hall of Famer Pierre Pilote passed away at the age of 85.

Pilote was one of the most accomplished Defenceman in the National Hockey League throughout the 1960’s and he was named the Norris Trophy winner three seasons in a row (1963-63). A member of the Chicago Blackhawks for 12 of his 13 seasons, Pilote was named a First Team All Star five times, a Second Team All Star three times and the native of Kenogami, Quebec was an integral reason why Chicago won the Stanley Cup in 1961.

Pilote’s #3 was retired by the Blackhawks in 2008 (along with Keith Magnusson who wore the same number) and he was inducted in to the Hockey Hall of Fame in 1975.

We here at Notinhalloffame.com would like to extend our condolences to the friends and family of Pierre Pilote at this time.
Subscribe to this RSS feed