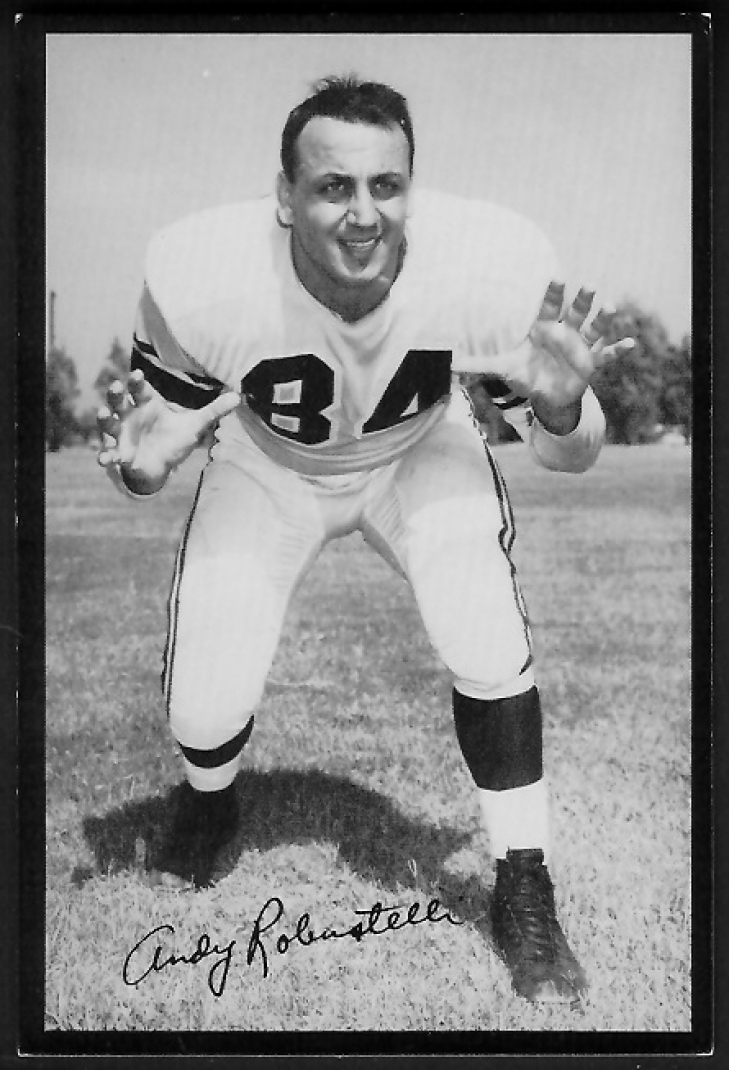 Andy Robustelli was a late round pick from Arnold (the only player ever drafted from there), and he made the team at Defensive End where he would assist the Los Angeles Rams to win the 1951 Championship.  He would blossom into one of the top Defensive players in football, and he was either a First Team or Second Team All-Pro the next four years.  It should have continued, but Robustelli clashed with Rams management over their refusal to let him have some time to be with his new child.  He was traded to the New York Giants and would have a Hall of Fame career.  Maybe they should have let him take a couple of days off, don't you think?
Subscribe to this RSS feed