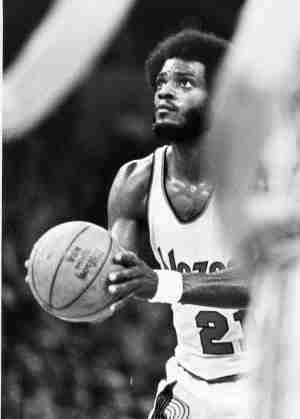 Sidney Wicks was the UCLA big man who led the Bruins to numerous NCAA titles and was selected College Player of the Year.  He would be drafted by the Blazers and would become the centerpiece of the franchise.  Later went to Boston where he was a solid contributor.  No it’s not Bill Walton; it’s the forgotten star of the UCLA dynasty, Sidney Wicks.  Wicks is one of those great 70s players that time has seemingly forgot.  A four time All-Star and consistent 20/10 guy for the Blazers, Wicks was a dominant big man.  A three time champion at UCLA who was the star of the teams in between Alcindor and Walton, Wicks never got their publicity.  The obstacles holding him back from the Hall is a shortened career and playing for bad teams that happened to get a lot better right after he left.