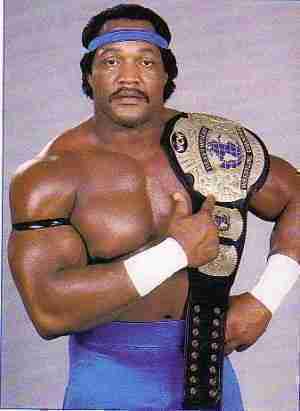 It is very sad that it took until 1992 for Professional Wrestling to finally have their first African American World Champion. That man was the College Football Hall of Fame inductee, Ron Simmons, whose brute strength and quiet charisma made him an excellent choice for that honor. A star in WCW and in the WWE, Ron Simmons belongs in the Hal of Fame, not just for the barriers he broke but for the skills he possessed and the class he showed. DAMN!