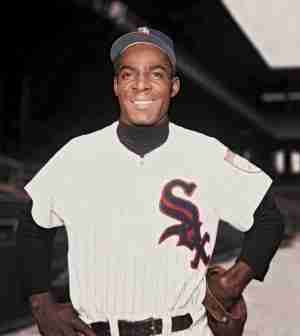 Minnie Minoso may be known for being the first (and our guess the last) baseball player to play in five different decades.  It may seem impressive, but it was a marketing gimmick which had Minoso play a couple of games in 1976 and 1980 to achieve this honor.  Minoso was a popular player and capable athlete who had the ability to perform the task.  We would rather think of the 1951 to 1960 version of Minnie Minoso who may have been the most underrated player in the league and whose play was anything but gimmicky.