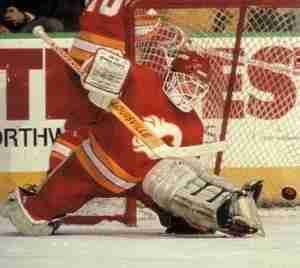 To simply say that Mike Vernon had a long and fruitful career is an understatement. Playing twenty years of professional hockey, Mike Vernon recorded 385 career wins. The impressive feat was that Vernon was the star of two Stanley Cup champions, the latter with Detroit where he won the Conn Smythe after many thought his career was predominantly over. As successful as he was (Five All-Star Appearances), Mike Vernon was not always considered in that upper echelon, and often an informal round table during his peak of Hockey pundits might come up with five other goalies they would rather have. Statistically, Vernon should be a lock but that perception that he was not among the elite may keep him out.