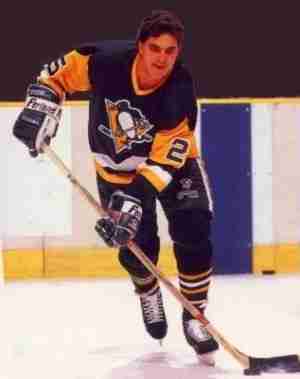 Was Kevin Stevens a superstar forward in the shadow of Mario Lemieux or was he was only a superstar because of Lemieux? Many asked that question as Kevin Stevens topped over 100 points twice and was among the league leaders. The answer may have been somewhere in between. Stevens may not have reached those plateaus without Mario, but he was far from a pylon either. By 1995, injuries had really slowed him down, and he went from superstar to salary liability seemingly overnight. His good years were very good, but likely there were not enough of them to grant him entry.