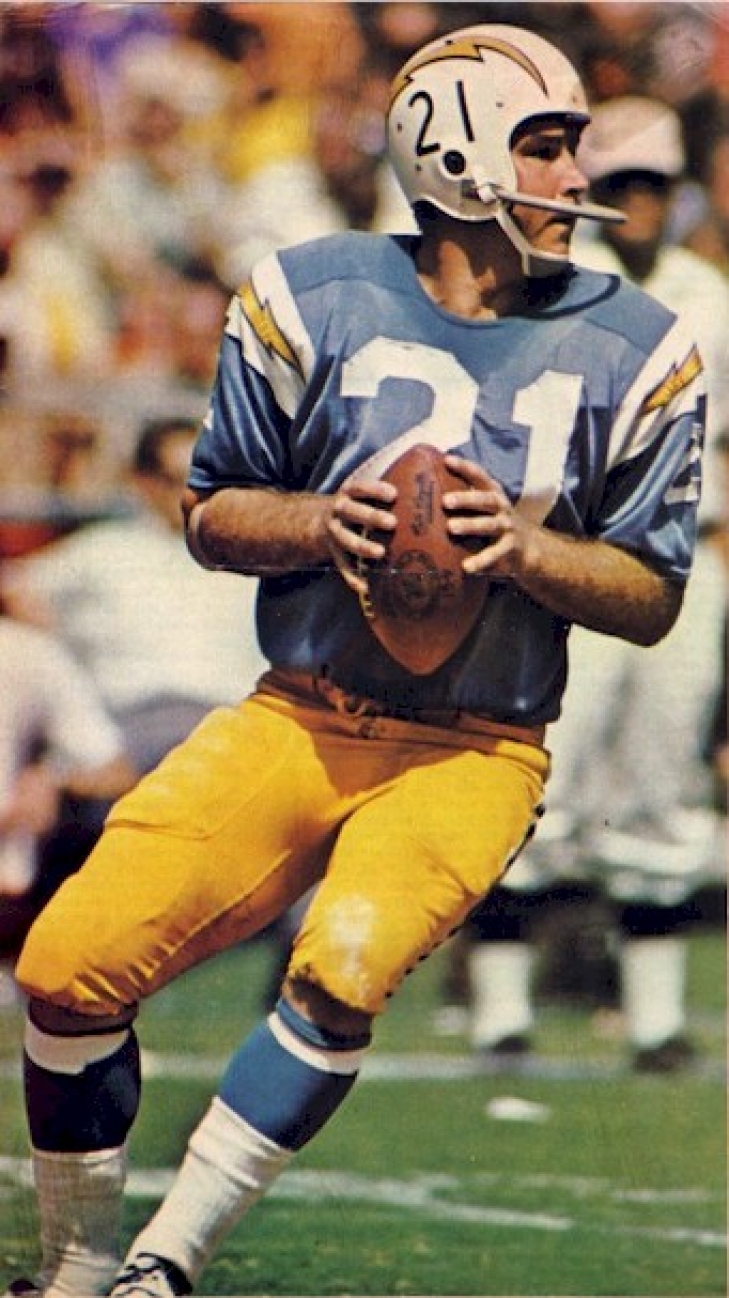 After signing with the San Diego Chargers in 1962 (instead of the Detroit Lions of the NFL), John Hadl shared Quarterback duties with Tobin Rote, where he backed him up as the Chargers won the 1963 AFL Championship. 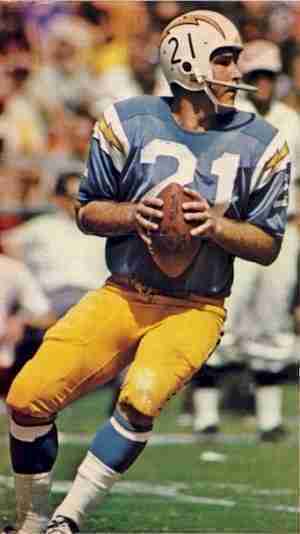 On three separate occasions, John Hadl eclipsed 3,000 yards passing.  This is expected out of many Quarterbacks now, but it was very impressive considering the era he played in.  He was one of the game's early gunslingers and as such posted very impressive Touchdowns Pass numbers.  Subsequently, this led to a copious amount of interceptions and he did finish his career with more picks than TD passes.