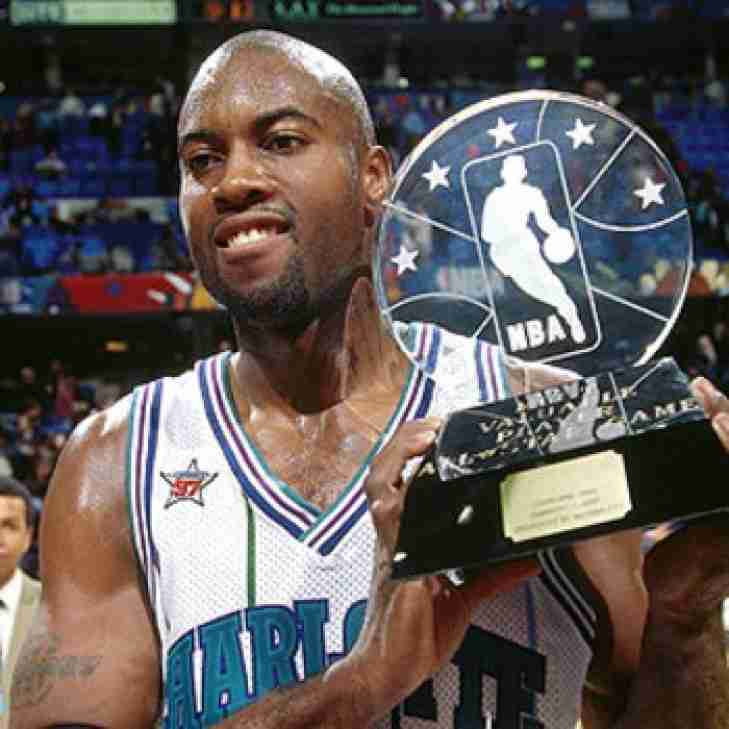 Three for three. Glen Rice was with the Charlotte Hornets for three seasons and in every NBA campaign he was named to play in the All Star Game, the second of which would see him win the MVP for the game and cement himself as a must watch player. Rice would also go “three for three” as he would average over 20 Points per Game as a Hornet, which included a 26.8 PPG in the 2006-07 campaign; a season where he would also lead the National Basketball Association in Three Point Percentage Shooting.