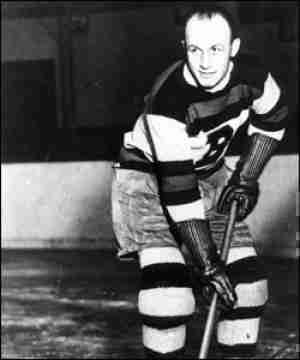 One of the best defenseman of his (or any) era, Eddie Shore remains the blueliner with the most Hart Trophies (4) for his career. One of the toughest men in the league, he guarded his end of the ice as if it were his family and still managed to be effective on the offensive side of the game. The punishing bruiser was a seven time First Team All Star; though we imagine voters would be afraid not too elect him to any All Star squad or Hall of Fame. We know we would!