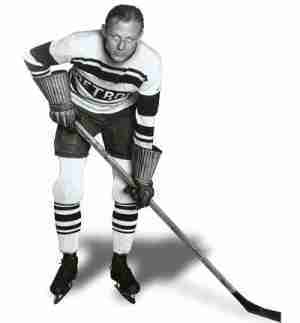 A career skater for the Detroit franchise, Ebbie Goodfellow was another in the long list of Hockey stars to come out of Ottawa. Goodfellow was at his best when he moved from Centre to Defense and won the Hart Trophy as the League’s Most Valuable Player in 1940. As one of the top defenseman in the National Hockey League in his day, Goodfellow earned his way into the Hockey Hall of Fame. Frankly, he should be remembered in higher regard than he is currently.