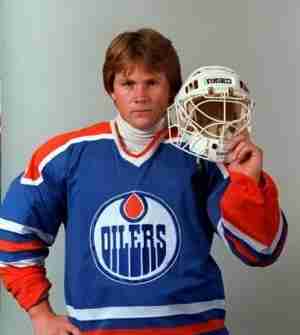 It is hard to call someone with the skill set of Andy Moog unfortunate, but he did emerge as star goaltender around for the Edmonton Oilers around the same time as Grant Fuhr. As such, Moog did not receive as much playing time in Edmonton as he would have liked and despite being a valuable component to three Stanley Cups he would seek more responsibility elsewhere. He found it in Boston, where he enjoyed the best years of his career posting personal highs. Moog was known for his outstanding reflexes and despite being very well known he was a touch underrated. Moog finished off his career with an impressive 372 career wins, and though he played with some outstanding offensive teams he certainly did his part in between the pipes to earn them.