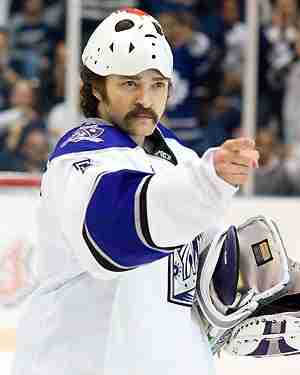 Considering that Mike Myers loves the sport of Hockey so much and his hometown Toronto Maple Leafs so much, why did he make a movie that seemed to destroy it? We won’t go into detail about how bad the movie is, as a million blogs in cyberspace have already done it. However for us, the lone bright spot in this Golden Raspberry winner was Justin Timberlake showing why he is someone to look forward to when he hosts Saturday Night Live. Basically, our support of Timberlake here is that he didn’t kill his career, like Myers did in this movie. Not exactly a ringing endorsement for induction, but we really don’t have much else to work with here.

Why you should vote for him:
Probably the only time you laughed during the movie (if it happened at all) was because of Timberlake.

Why you should not vote for him:
Honoring anything from this dumpster fire of a film seems wrong.

#1 Slick Rick 2021-10-06 04:20
I re watched this only because my kid is in hockey now and found it so much better then the first time I watched it 10 years ago. Actually watched it twice this week.
Quote
Refresh comments list
RSS feed for comments to this post