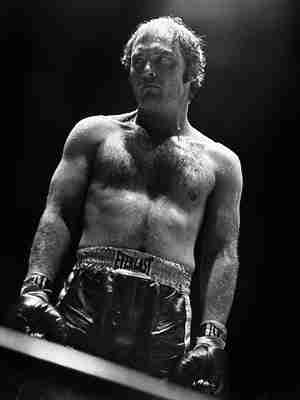 A forgotten film, “Fat City” shows the dark underside of Boxing via Billy Tully, a boxer way past his prime, and an alcoholic to boot. Released a few years before Rocky, there is no “Rocky” ending here. Frankly, this movie would not have worked if it was.

Why you should vote for him:
This is one of the boxing characters you pity the most.

Why you should not vote for him:
This movie has been forgotten.