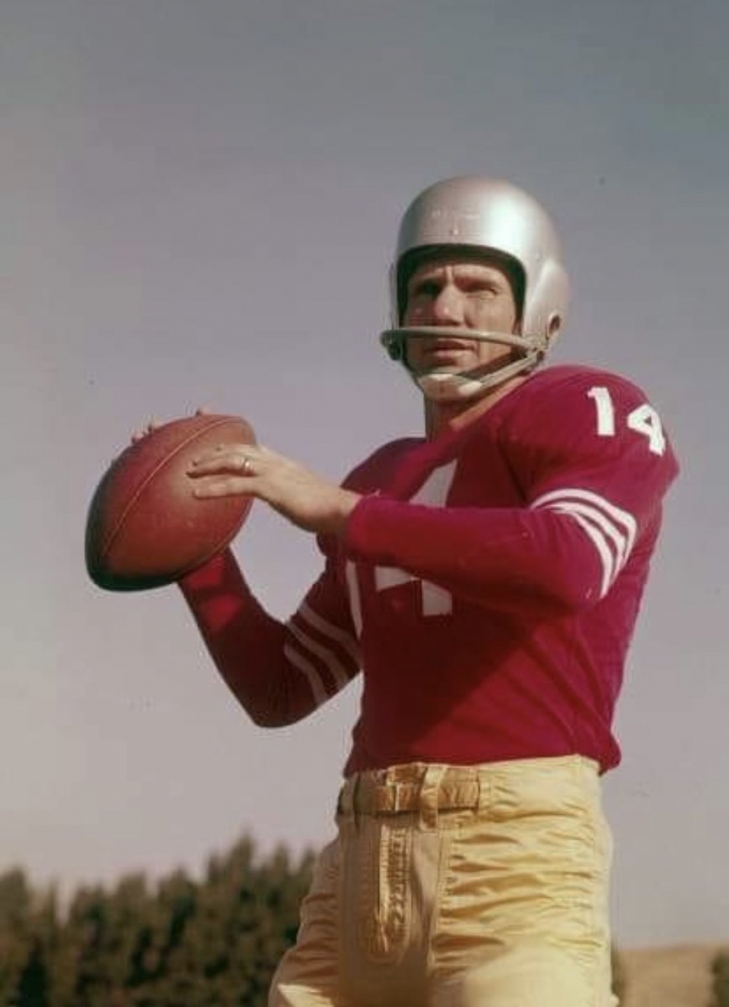 By today’s standards, the way Y.A. Tittle arrived to the San Francisco 49ers was unique. The LSU Quarterback was the Sixth Overall Pick in 1948 when the Detroit Lions took him, but he opted to sign with the Baltimore Colts of the AAFC instead.  Tittle did well, and the Colts were one of the teams that merged with the NFL when the AAFC merged with the NFL, but this first incarnation of the Colts was short-lived as the Colts folded after only one year in the NFL.  All of the Colts were made eligible in the 1951 Draft, and San Francisco took tittle Third Overall.