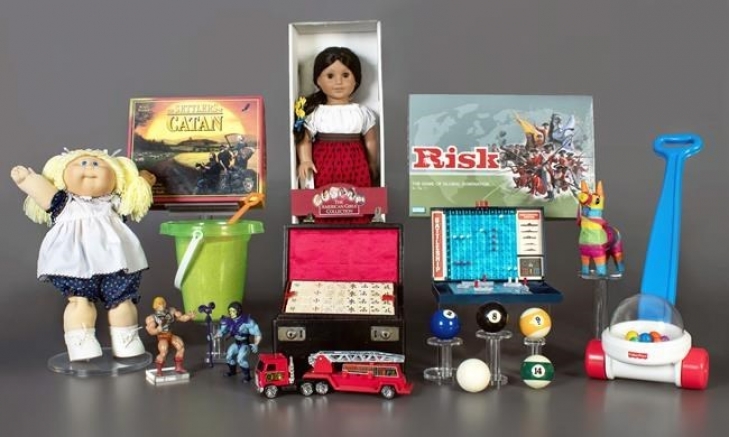 We always get a kick out of anything that comes from the Strong Museum in Rochester, New York.  Today, they announced the Finalists for the 2021 Class of the Toy Hall of Fame.

-American Girl Dolls: Created in 1986 by educator and newscaster Pleasant Rowland, each doll comes with a narrative that reflects an era of American history.

- Battleship: Originally played with paper and pencil, Milton Bradley’s 1967 plastic adaptation popularized the two-person strategy game. It was among the first board games to be computerized in 1979.

- Billiards: Commonly known as pool in the United States, the game evolved from earlier European outdoor games and became popular in the 1800s.

- Cabbage Patch Kids: The dolls, each unique, were launched in 1979. Complete with adoption papers, they were the must-have holiday toy of 1983, paving the way for Tickle Me Elmo, Beanie Babies, and Furby that followed.

- Fisher-Price Corn Popper: Introduced in 1957, the push-toy got toddlers walking, mesmerized by bright flying balls and the popping sound.

- Mahjong: The gambling card game originated in China became popular in the United States in the 1920s.

- Piñata: The treat-filled paper mache object is commonly associated with Mexican culture but may date back to early 13th-century China.

- Risk: The strategy board game first published in the United States in 1959 challenges players to control armies and conquer the world.

- Sand: The substance is perhaps the most universal and oldest toy in the world, according to the National Toy Hall of Fame.

- The Settlers of Catan: The cooperative board game now called “Catan" was first published in Germany. Players representing settlers establish a settlement on an island by spending resources, which are earned through trade and rolls of the dice.

- Toy fire engine: Materials, design and technology have evolved but the appeal has remained.

The winners will be inducted on November 4, and will join 74 other toys.