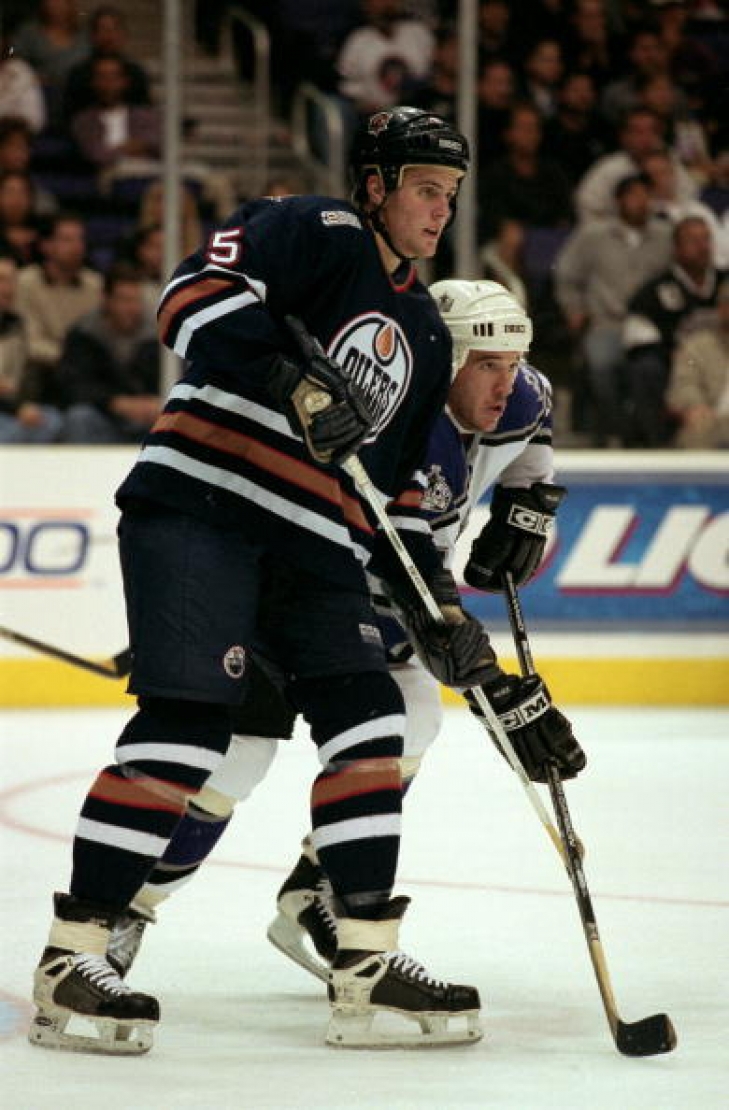 Tom Poti was a third round pick in 1996, and he would join the Oilers roster in 1998-99, where he the shutdown Defenseman scored 21 Points and finished seventh in Calder Trophy voting.  Poti’s first priority was always to protect his own end first, but he was excellent on the offensive rush and would be used often on the power play.  In his second and third NHL campaign, Poti provided 20 Assist seasons, the latter seeing him score a career-high 12 Goals.  While he was a good blueliner, the Oilers were restructuring and would trade him late in the 2001-02 season.