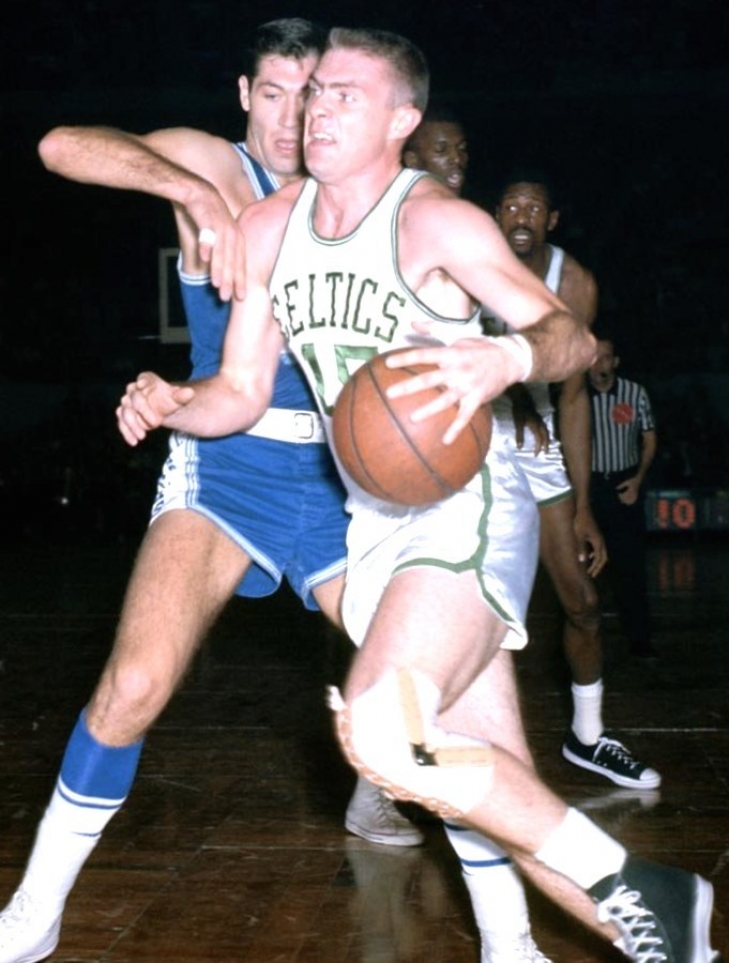 Tom Heinsohn would play his entire playing career with the Boston Celtics (1956 to 1965), but that was just the beginning of what he would do with the team.  As a player, he would help Boston win eight titles while being named a Second Team All-NBA Selection at Power Forward for four straight years (1961-64).  He was not the primary star for the team, but he didn't have to be, as he provided Bill Russell, the perfect frontcourt partner as he was more adept at scoring than Russell was.  Heinsohn would average 18.6 Points per Game and had three 20 PPG years for Boston while also providing useful boarding metrics with an 8.8 average.