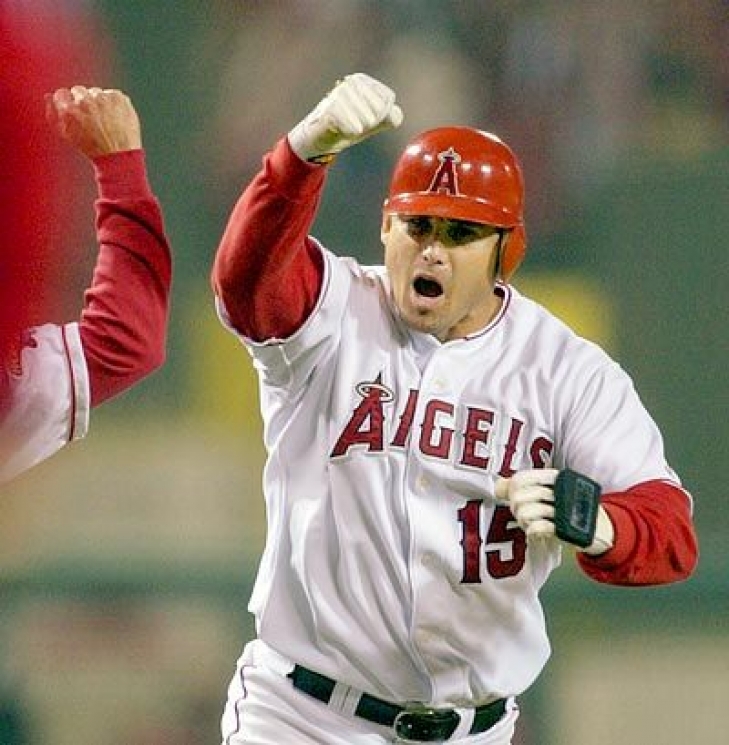 Tim Salmon played his entire Major League career wearing the Halo, and while it may not have been a spectacular or flashy career, it was consistent.

Salmon first played for the Angels in 1992 for 23 Games, and the following season he smacked 31 Home Runs with a .283 Batting Average to win the American League Rookie of the Year.  While this might have been a springboard to greatness, it was more a reflection of what Salmon would provide over the next decade as their Rightfielder.

A Silver Slugger in 1995, Salmon had five 30 Home Run seasons, with another three cracking the 20 HR plateau.  He batted at least .280 eight times, had two 100 RBI years, and his Slugging Percentage cracked .500 on eight occasions.

The Angels inducted Salmon into their franchise Hall of Fame in 2015.