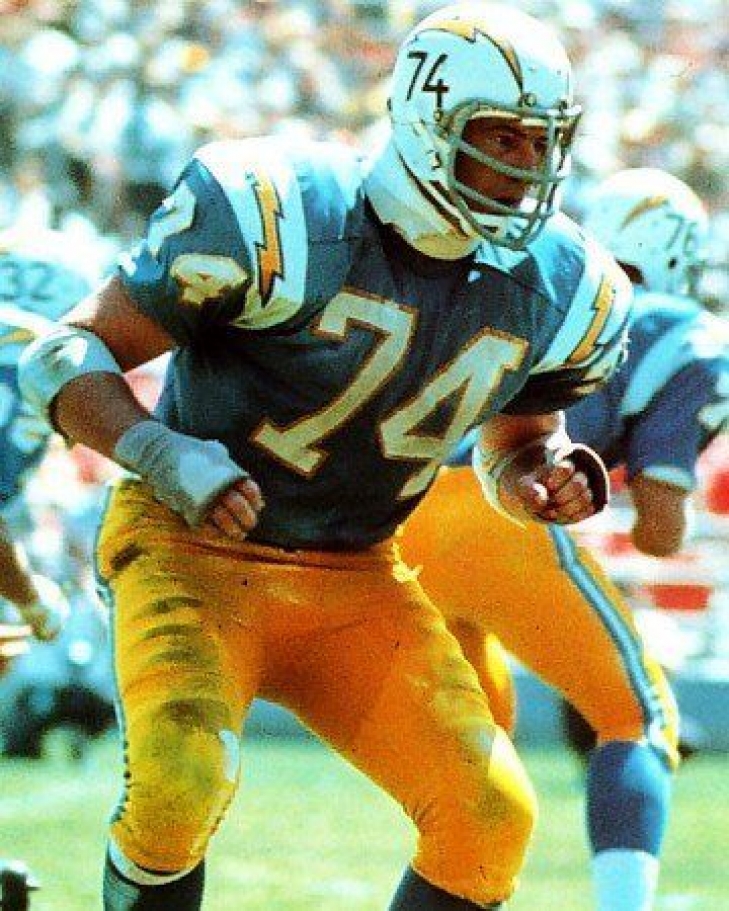 Ron Mix had a spectacular career at USC, and to nobody's surprise, he was a First Round Pick in the NFL.  The problem was that it was the Baltimore Colts on the East Coast who chose him, and the native of Los Angeles wanted to stay close to home.  In the AFL, the Boston Patriots took him in the first-ever draft of that league, but a trade to the Chargers allowed him to stay close to home.