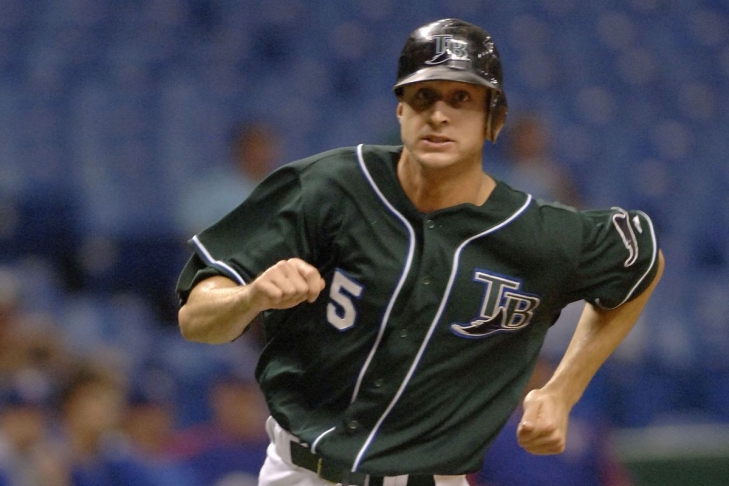 Rocco Baldelli had an excellent rookie season in 2003 when he debuted in the Majors with the Rays.  Finishing third in American League Rookie of the Year voting, the Centerfielder was seventh in Stolen Bases (27) and tenth in Hits (184), and he would bat .289 with 11 Home Runs.  The 2004 season was also good, with him having a career-high in Home Runs (16) and RBIs (74), and he was first among the AL Centerfielders in Assists and Range Factor per Game.  That was sadly the beginning of the end for Baldelli.