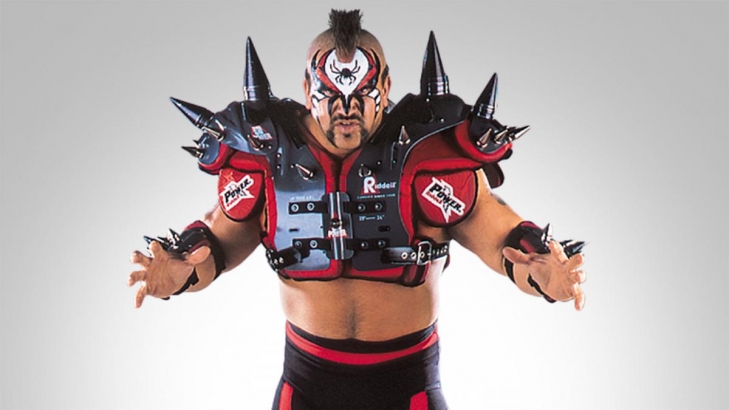 It is a sad day in the world of pro wrestling as it was announced this morning that Joe Laurinaitis, who performed as Road Warrior Animal passed away at the age of 60.  It was not revealed at this time how he died.

From Minnesota, Laurinaitis was trained to wrestle by Eddie Sharkey, who also mentored Rick Rude, Barry Darsow and Mike Hegstrand, who would later become Laurinaitis’ tag team partner.  Laurinaitis originally competed as the “Road Warrior” but he would paired with Hegstrand, where they would compete forever more as Animal and Hawk.

With their jacked-up bodies, studded leather outfits, and face paint, no other tandem looked like them.

In 2011, along with the Hawk (posthumously) and Paul Ellering, Animal was inducted into the WWE Hall of Fame.  They cut their teeth in Georgia as the Road Warriors, destroying every team in sight.  They won the NWA National Tag Team Titles, and would later win the NWA World and AWA World Tag Team Titles in the 1980s.

As phenomenal as they were, they often were not in tag title pictures, as they were a draw without the belts.  They main evented everywhere in the United States, and also in Japan, where they were just as popular.

The Road Warriors finally entered the WWF in 1990, and would win the Tag Team Titles, but they were no longer presented as the dominant team of old.  The 90s were turbulent for the team, as Hawk left Animal in 1992, and he sat out for a few years recovering his back.  The team reunited in WCW in 1996, but went back to the WWF, winning the belts again in 1997.  Hawk suffered from drug addiction (which was used in a tasteless angle) and the team only made sporadic appearances after.

Hawk died in 2003, and Animal would return to the WWE as part of a new Legion of Doom with Heidenreich.

We here at Notinhalloffame.com would like to extend our condolences to the friends, fans and family of Joe Laurinaitis.