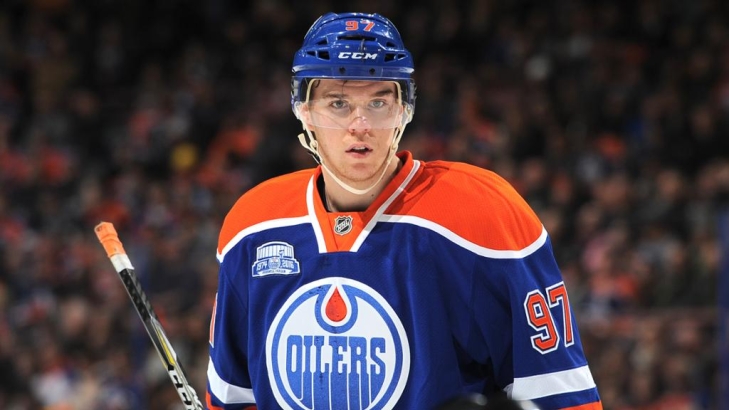 To keep everyone regularly in the loop this time, we have decided to give regular updates, starting at when the first player cracked 50 Points, and tell all of you the top ten.  We will this going forward with every update as the first player breaches the elevated ten-point threshold afterward.

Here is the current top ten, based on the first player to breach 50 Notinhalloffame Cup Points:

Last year’s winner has overtaken Auston Matthews for number one as the first player to crack 50 Cup Points, and is also the only player as of this writing to have over 50 Points.  With 13 Points in his last five Games, he is currently the league-leader in Goals (24), Assists (28), Points (52) and Point Shares (6.1).

Matthews is the defending Hart winner but he is not on the PPG pace he was last year.  Still, he is Toronto’s best player and is near the top of the Cup Standings, though he is not currently in the top ten this year in any major category other than Shots (6th with 115).

The Bruins are one of the NHL’s top teams and Pastrnak is their top scorer.  He is currently fifth in Points.

The 2019 Calder winner looks to be on his way to his best statistical year in the NHL.

Ullmark is the highest ranked Goalie, and he is the second Bruin in the top ten.  His ascendence to likely All-Star has been colossal for Boston’s rise to the top of the standings.  Ullmark leads all Goalies in Wins, GAA< Save Percentage and Goalie Point Shares.

Ottawa has been abysmal this year, but Tkachuk had taken his game to the next level and should finish the year with his best numbers by far.

Aho has twice scored 80 Points in a season, and if he keeps his current pace will make it three.

Crosby has done it all in hockey, but he has never won the Notinhalloffame NHL Cup!

Karlsson is the highest ranked Defenseman, and is currently the highest scoring blueliner in the NHL.

Nick Suzuki, Jack Hughes and Erik Karlsson have fallen off the top ten.