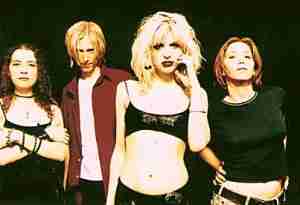 One of the more abrasive “in your face” bands of the 90’s, Hole delivered some of the better Alternative based sounds of their day.  It wasn’t without controversy as they were fronted by the polarizing Courtney Love, who had as many admirers as detractors.  Despite some of the solid material that they produced it is well within the realm of possibility that the Hall would keep them out to keep Courtney out.  Regardless of the Courtney Love factor they could easily be behind some of the 90’s Alt powerhouses, which would be totally understandable.