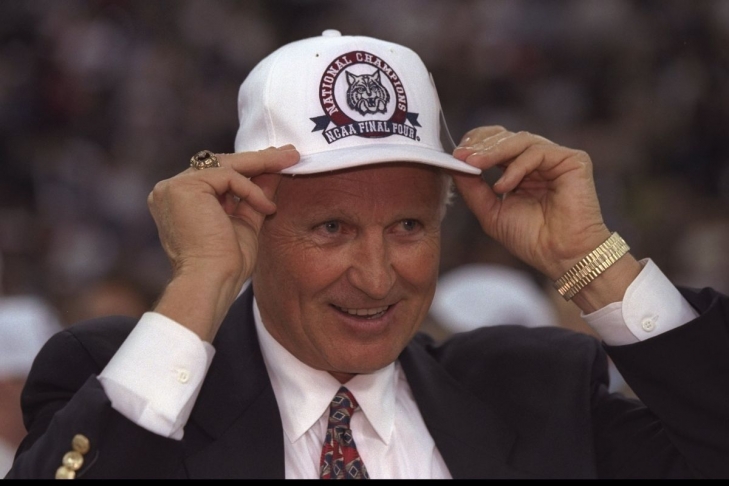 Last night, it was announced that Lute Olson, died at the age of 85.  He had been in poor health following a stroke last year.

Olson played his college ball at Augsburg, a liberal arts college in Minnesota, and he would coach at the high school level from 1956 to 1969 before taking over the reins at Long Beach Community College. After four years there, and a year at Long Beach State, Olson won the coaching job at Iowa, where he won the Big Ten regular season in 1979, and was also the Big Ten Coach of the Year.  In 1980, Olson took Iowa to the Final Four, and was named the NABC Coach of the Year.

In 1983, Olson would leave the Hawkeyes for the Arizona Wildcats, and it was there where he truly became a coaching legend.  With the Wildcats, Olson won 11 Pac-10 regular season titles, four Pac-10 Tournaments, went to four Final Fours, and won the National Championship in 1997.

We here at Notinhalloffame.com would like to extend our condolences to the family and friends of Lute Olson at this time.