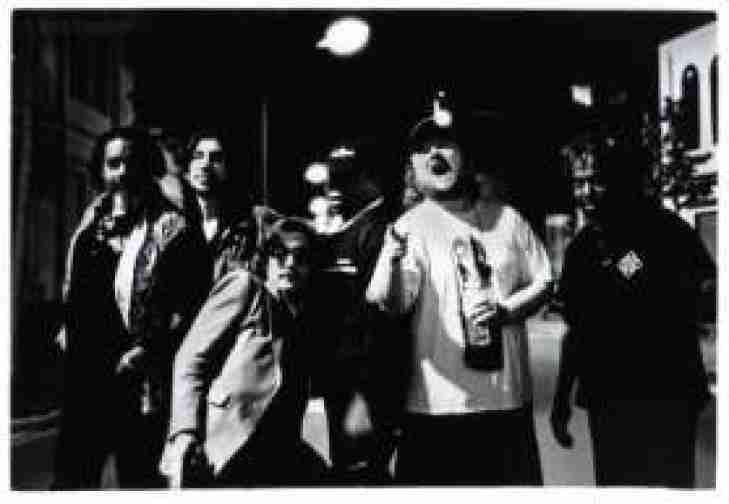 Project/Object
an interview with André Cholmondeley
by Live Music Head
Originally published at timessquare.com on October 27, 2010 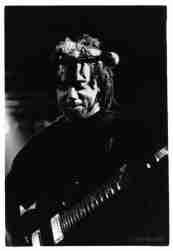 Covering the complex music of Frank Zappa, Project/Object formed in a New Jersey basement in 1993. As opposed to “tribute”, Project/Object prefers “a band that salutes the original” when describing not only what’s grabbed the attention of Zappa fans, but the Zappa alumni themselves. Ed Mann, Napoleon Murphy Brock, Jimmy Carl Black, and Don Preston are only a few alumni who’ve appeared with them on stage. Ike Willis (otherwise known as “Joe” on Joe’s Garage) and Ray White (vocalist/guitarist in Frank’s band from the late-70s to the mid-80s), have also played with Project/Object and are now returning for a tour that kicks off this week. André Cholmondeley, the driving force behind the group, recently took time out for a chat with Live Music Head as a lead up to the Nov 1st show at B.B. King's Blues Club & Grill, in the heart of Times Square...

What kind of name is Cholmondeley and where are your roots?

It’s English. I was born in British Guyana, moved to Chicago when I was a baby, then moved back to Guyana when I turned 5. I also lived in Brooklyn NY for a while, before moving to New Jersey.

What made you decide to be a musician and who were your early influences?

Ever since I was a kid trying to work my father’s record player, I’ve wanted to participate in music. My father listened to everything from Bobby Goldsboro to Isaac Hayes. As a teenager, I plunked away on my aunt’s guitar, before I borrowed one and took lessons. I studied Beethoven, Mozart and Bach and taught classical music history in college. My influences include Edgar Varese, Karlheinz Stockhausen and John Cage. 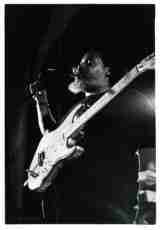 You’ve become good friends with more than a few Zappa alumni. Tell me about your first meeting with Ike Willis?

I was at a Zappa show in 1984 when I noticed Ike standing out with the audience. I went up and introduced myself. I met him several times after that, and eventually told him about my band and gave him a cassette. Two weeks later he called and said, “it sounds pretty good, but needs work. I’d love to come out and whip you guys into shape!” (laughs) A couple months later, Ike was playing with us.

How did Ray White get involved with Project/Object?

I met Ray in 1984 as well. But when I met him again in 2000, we were playing a Zappa festival in Illinois and he came up and sang a song with us. And then he sat in at a show in San Francisco, where he lives. 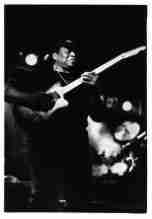 The Zappa Family Trust has spoken out against bands covering Frank’s music. Has Gail Zappa (Frank’s wife) really been after you for unpaid royalties, or what’s really been going on?

U.S. law requires only that cover bands play in a place that has its ASCAP (American Society of Composers, Authors and Publishers) license. As long as the club pays its ASCAP dues, bands can perform other people’s music. I’d like to debate Gail Zappa in a public forum because she sends letters to us, yet no one is breaking the law.

With the state of the music business the way it is and money not going in the same pockets it used to, perhaps this is the reason venues are being harder hit.

Artists don’t really see much money from that type of royalty. Artists make their money by touring. People buy their music at iTunes, or just steal it.

Stealing takes the money out of the pockets it once lined as well, which brings me back to Gail Zappa.

Gail doesn’t sell any of Frank’s music on iTunes because she doesn’t think his music should be compressed. She also doesn’t want to break up his songs into singles. We could have a six hour discussion on the merit of iTunes and the quality of an mp3, but there are ways of selling high quality material on iTunes.

What do you think Frank would say about it?

Well, it’s always dangerous to try and guess what someone else may think, but having read tons of interviews, Zappa, as an independent artist, realized he had to finance what he really wanted to do. With the potential of a hundred thousand people buying one song on iTunes, I think Frank would have
thrown Dancing Fool up there.

It’s too bad that the relationship is not better between Project/Object and the Zappa Family Trust.

We’re not the only Frank Zappa band and we’re certainly not the only band the Zappa Family Trust has gone after to try and stop. But here’s my bottom line, and where I think I stand on righteous grounds: Frank Zappa has made a living from taking other people’s music and using it in his own. Listen to The Adventures of Greggery Peccary and you’ll hear Herbie Hancock, with no credit to him on the record. And at the end of Cyborg from Joe’s Garage, the dying robot who says, “you’re pushing too hard, you’re pushing too hard, you’re pushing too hard on me” is taken from a song by The Seeds. By taking stuff from popular music, Zappa’s made brilliant commentary on our whole social landscape. But did Frank Zappa request permission from Lennon and McCartney when he went up on stage and performed Beatle songs?

So you really would debate Gail Zappa in a public forum, if she agreed?

With total confidence, I challenge Gail Zappa to take part in an open debate. I’d do it in a heartbeat anytime, anywhere. 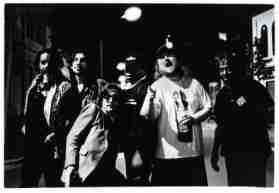 Cheri Jiosne, who lost her life to breast cancer only a couple of months ago, was a fellow musician and your wife for over twenty years. I offer my condolences. Can you tell me about your relationship with Cheri?

Cheri was a drummer and percussionist and we had an experimental band called JFK's LSD UFO. We performed countless times as a duo at places like the Knitting Factory, and toured Europe with Don Preston. We also made music for film soundtracks, notably Meshes of the Afternoon by Maya Deren. Cheri was my life partner.

I understand you’re big fan of the Canadian rock band RUSH. Is it true you’ve seen every RUSH tour since 1979?

Yes, since I was 14. I just saw them again a few weeks ago in Atlanta, and it was emotional because it was the first RUSH show I’ve seen without Cheri since 1993. But I went with Cheri’s sister, which was really cool.

What is it about RUSH that you like so much?

They make me think about everything from writing songs to politics, socialism, and the human condition. They’re inspiring as people. It’s an incredible thing to put a band together with musicians who really get along. I’ve been fortunate in this area as well.

You’re a very gifted musician to be playing the music you do.

I have a good ear and when it’s written out for me, I can play the difficult stuff. But I also have amazing musicians in my band who pull me along.

I hear you’ve also been working with Greg Lake and Keith Emerson.

We’re currently on hiatus, but yes, I did a six week tour with them. I was their guitar and bass tech. I’m lucky to have something else to offer besides playing in the band. I’ve also been fortunate to have worked for Adrian Belew, Eddie Jobson and Derek Trucks.

Project/Object performs at B.B. King's Blues Club & Grill in Manhattan on November 1. Have you played there before and have you ever met B.B. King?

I’m a big fan of B.B. King and I’ve seen him perform more than once. We’ve never met, but on Nov 1st I think it’ll be Project/Object’s tenth time playing at his bar.

~ photos courtesy of Tore Kersten
Subscribe to this RSS feed