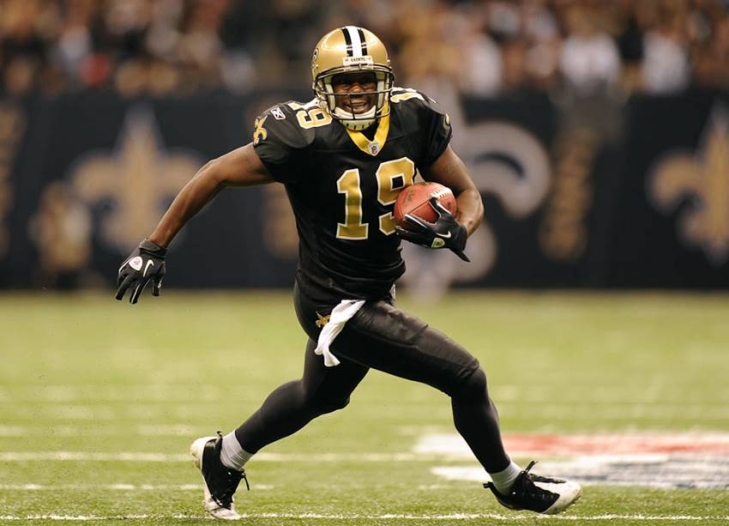 Regular visitors of Notinhalloffame.com know that we are slowly working on the top 50 of every major team in the NHL, NBA, NFL and MLB.  Once that is done, we intend to look at how each team honor their past players, coaches and executives.  As such, it is news to us that there will be two new members inducted into the New Orleans Saints Hall of Fame in 2022.

Former Saints, Fred McAfee and Devery Henderson have been chosen, along with Longtime Assistant Athletic Trainer, Kevin Mangum, who will receive the Joe Gemelli “Fleur de Lis” award for his contributions to the team.

McAfee was drafted in 1991 in the Sixth Round from Mississippi College and while he was listed at Running Back, his most potent contributions were in Special Teams.  Playing for the Saints from 1991 to 1993 and 2000 to 2006, McAfee rushed for 897 Yards with 210 Special Teams Tackles.  He was named to the Pro Bowl in 2002.

Henderson was a Second Round pick from LSU in 2004, and the Wide Receiver did not see any playing time until his second year.  Playing his entire career with the team, Henderson 245 passes for 4,377 Yards and twice led the NFL in Yards per Reception (2006 & 2008).  He was also a member of the Saints Super Bowl win in the 2009 Season.

We here at Notinhalloffame.com would like to newest members of the Saints Hall of Fame.