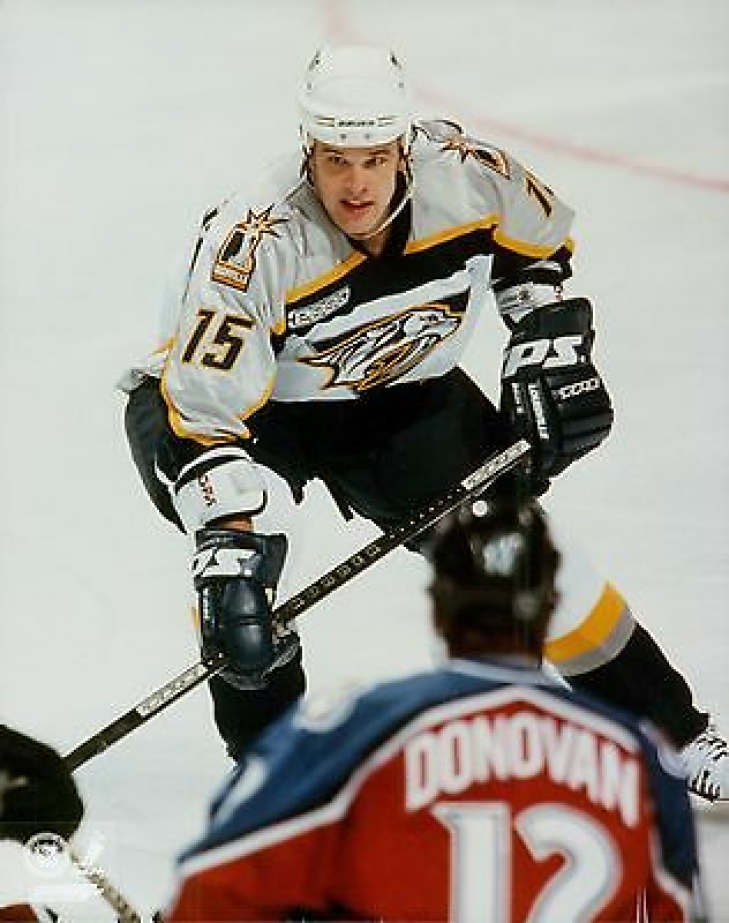 Whenever there is a new expansion team in sports, it opens up new opportunities for players struggling to find homes at the elite level.  One of the most significant recipients of playing time when the Nashville Predators began operations was Drake Berehowsky, who was traded to the team nine days before the puck dropped for the first time.

Berehowsky scored 17 Points in his first year in Nashville, which he grew to 32 in 1999-00, a career-high for the Defenseman who enjoyed his role as a team leader and tough guy.  After scoring 24 Points in 66 Games in the 2000-01 campaign, Berehowsky, whose stock was worth a lot more than when he arrived in Nashville, was dealt to Vancouver for their playoff push.

As a Predator, Berehowsky amassed 73 Points and 327 Penalty Minutes in 219 Games, which was by far his most successful run in professional hockey.