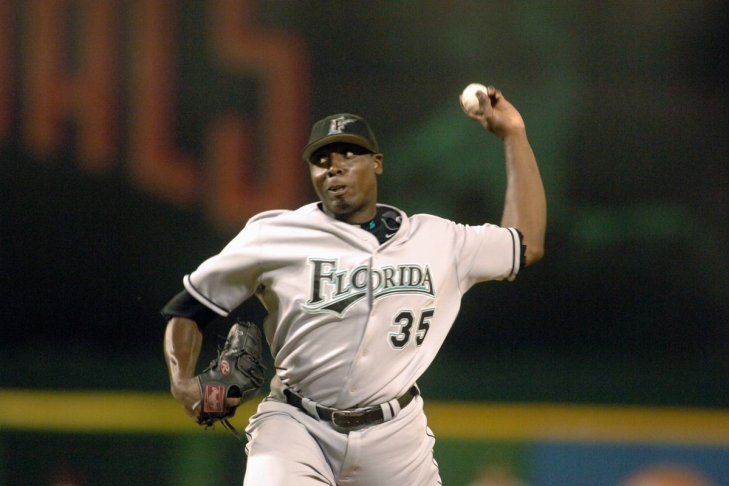 We may have stated that Josh Johnson was the best Marlins Pitcher of all time, but the most dynamic was Dontrelle Willis.

While he was in the minors in the Cubs organization, Willis was traded to the Marlins and would debut the following year.  The southpaw was an instant sensation, winning the Rookie of the Year with a 14-6 record.  Willis had a sophomore slump (10-11 4.02 ERA), but his 2005 was phenomenal.  Not only did Willis return to the All-Star Game, but he also led the National League in Wins (22), Complete Games (7), and Shutouts (5) and would have career highs in ERA (2.63) and Strikeouts (170).  He narrowly lost out on the Cy Young to St. Louis' Chris Carpenter.

After an average 2006 (12-12, 3.87 ERA), Willis' career eroded in 2007, where his ERA ballooned over five and allowed more Earned Runs (118) than any other Pitcher in the NL.  Willis was traded to Detroit, and he was beset with injuries and was never the same again.

Willis would likely be ranked a little higher had his WHIP not been over 1.350 and his poor final year as a Marlin, though it somewhat evened out with his .234 Batting Average (82 Hits) and 8 Home Runs.