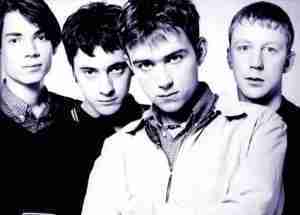 At some point the Rock and Roll Hall of Fame will have to address the Brit Pop phenomenon of the 1990’s.  Although Oasis is most likely to get that nod from the Hall (should it ever come and based on the way the Hall has treated the British heavyweight from the 1980’s), Blur could be the band that gets it in their place.  Blur may not have rivaled Oasis in American success, but they matched them in England note for note, and in some circles are considered the superior of the two bands.  They survived the demise of Brit Pop with Lo Fi endeavors and with Damon Albarn’s side project of Gorillaz remaining strong, his profile (and by default, Blur) might be strong enough to net an induction when eligible.