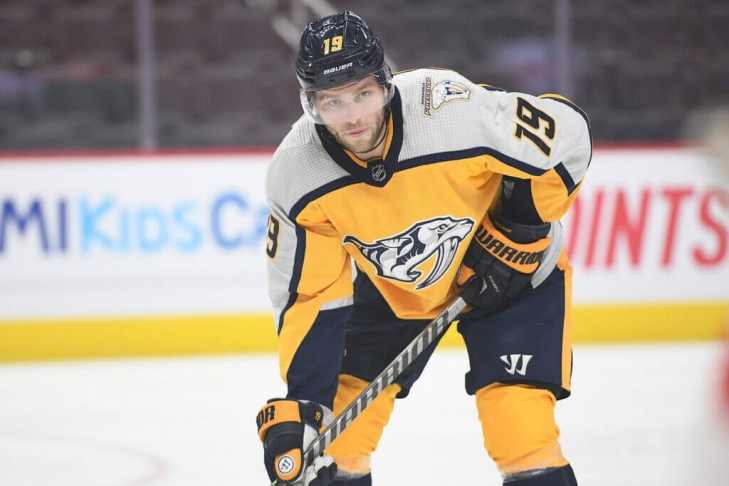 From Sweden, Calle Jarnkrok was a Draft Pick from Detroit who was traded to Nashville before making it to the National Hockey League.  As history showed, the Predators were the winners of the transaction.

Playing at Center, Jarnkrok debuted for the Predators for 12 Games in the 2013-14 Season before becoming a full-blown NHL player the year after.  Working on the grinding line, Jarnkrok had five 30-Point seasons and helped Nashville reach the 2017 Stanley Cup Finals.

His run in Tennessee ended in 2021 when he was chosen by the expansion Seattle Kraken.  With the Preds, Jarnkrok had 211 Points in 508 Games.