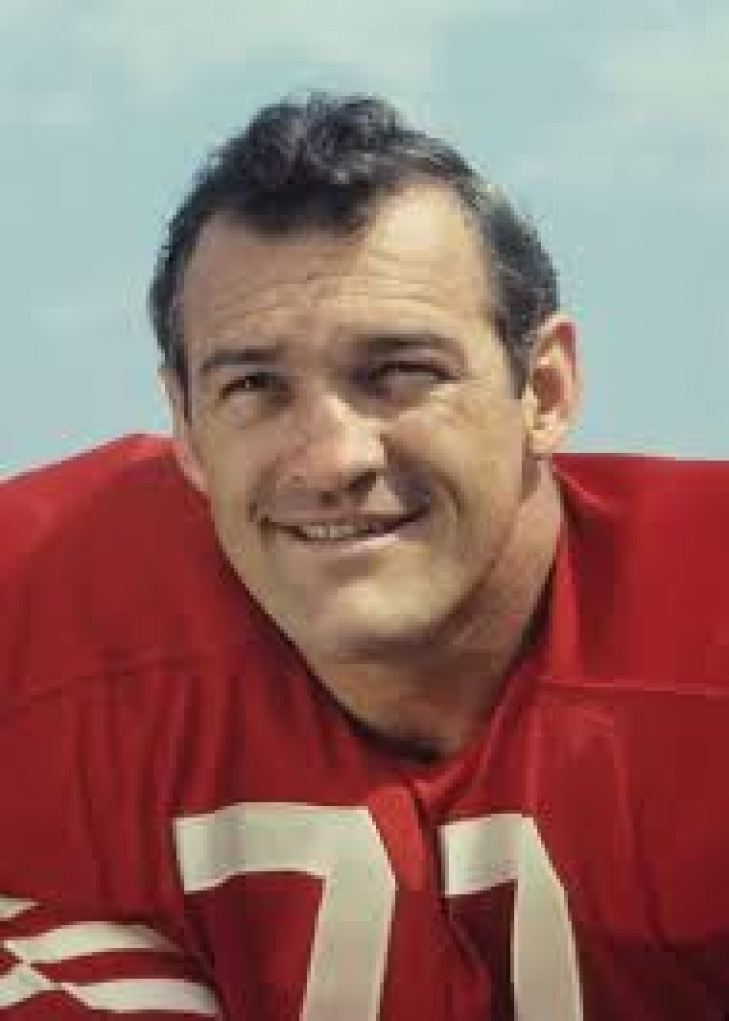 Bruce Bosley was a Second Round Pick from West Virginia, and in his rookie year (1956), he was playing on the defensive side of the ball at Left Defensive End.  That would be short-lived as he only played six Games in 1957, but he rebounded in 1958, now playing at Left Guard.