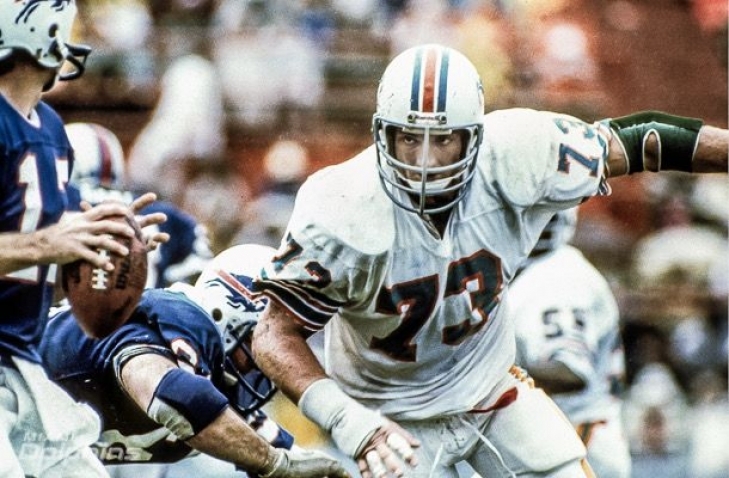 A member of the prestigious Miami Dolphins Honor Roll, Bob Baumhower, played all nine of his NFL seasons with the team from Southern Florida.  A former star with the Alabama Crimson Tide, Baumhower was a five-time Pro Bowl Selection, and he would be chosen for an All-Pro roster (one First Team and four Second Team) in all of those years.  Baumhower was a key figure on the Dolphins defense in the early '80s that was considered among the best in the league.