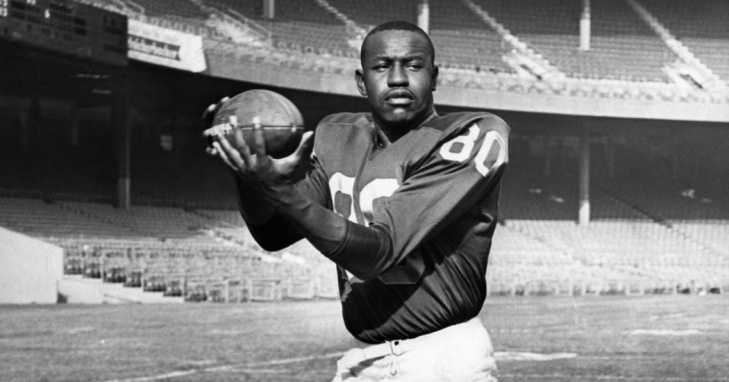 Art Powell played in the Canadian Football League for two seasons before he was drafted by the Philadelphia Eagles in 1959.  As an NFL rookie, Powell was used as a returner and defensive back but would join the New York Titans (later to be renamed the Jets) of the American Football League.  With the Titans, Powell would lead the AFL in Receiving Touchdowns (14) in the league's first year of existence, and in 1962 he would finish first in Receiving Yards (1,130).