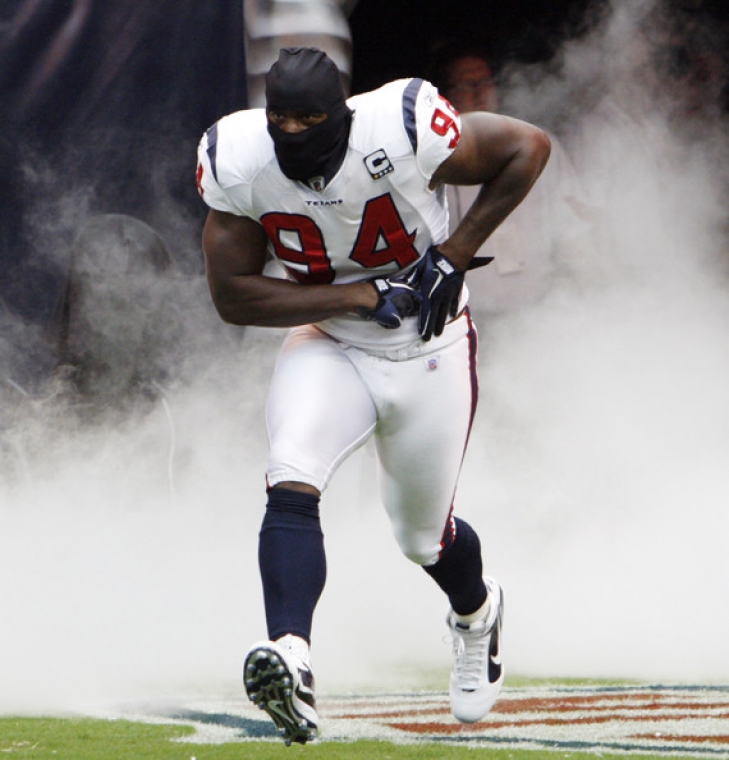 A Super Bowl Champion with the Denver Broncos in the game’s 50th event, Antonio Smith was far better known for his time with the Houston Texans where he was a 2011 Pro Bowl Selection.  As a Texan, he would accrue 27.5 of his career 47.5 Quarterback Sacks and more than half of his Approximate Value.  He would also play for Arizona and Oakland over his 13 year career.
Subscribe to this RSS feed